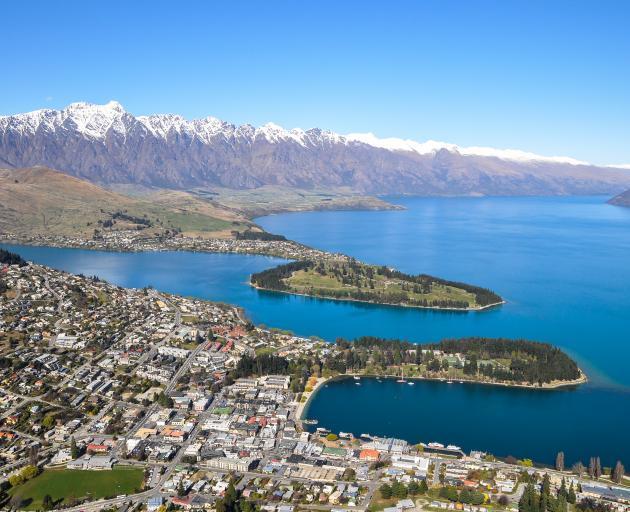 The preferred option is to target all short-term accommodation providers, including hotels, motels, hostels and Airbnb. Photo: Getty Images
"Farcical ... premature ... unfair". That's the opinion of a Queenstown lobby group on the coming  visitor levy referendum and the preferred option of a 5%-10% bed tax.

The preferred option is to target all short-term accommodation providers, including hotels, motels, hostels and Airbnb.

The aim is for it to primarily apply to visitors. It would be collected by central government, from 2021 at the earliest.

"We want the final model to be as fair as possible on end-users and have minimum effect on accommodation providers with regards to administering the levy," Mr Boult said.

"So we are proposing a percentage-based levy rather than a fixed fee."

The announcement of a referendum has received widespread support in the district, including from Queenstown Chamber of Commerce.

And Airbnb Australia and New Zealand Country Manager Sam McDonagh told the Otago Daily Times yesterday his company welcomed the levy as a "watershed" moment for the district.

"Airbnb has long argued that broad-based tourism levies are a fairer and better way to raise more revenue from tourism," Mr McDonagh said.

Airbnb has partnered with governments worldwide to collected more than $US1billion ($NZ1.46billion) in revenue.

But Villa del Largo co-owner Nik Kiddle, who represents more than 70 businesses in the district opposed to a bed tax, said: "The referendum is farcical and a waste of time.

"[If] people are presented with an option for others to pay for improvements in their lifestyle, they're going to say `yes'.

"Our concern all along has been it's only targeting one sub-sector of the local tourism economy, and we still think it's inequitable and unfair to do that when 86% of the tourism expenditure is going to other businesses in town."

Mr Kiddle said there would, however, be an impact on other business as tourists would have less money to spend.

"This is not a costless proposal and it will have widespread ramifications," he said.

"And putting this kind of detail on the table in advance of the Productivity Commission's consideration of the much more significant issue for local body funding nationwide is premature and out of place."

Asking the Government for a share of GST was the most straightforward and fairest thing to do, he said.

Details regarding the exact percentage and collection method will be outlined in materials that will accompany the voting papers.

Mr Boult encouraged people to register by April 9 and to participate in the vote on June 5.

Details are available at www.qldc.govt.nz.