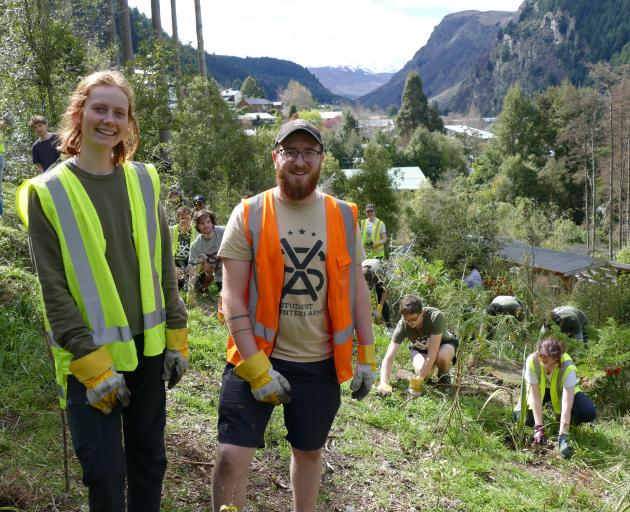 Events manager Kahlil Evans said the army, which formed after the 2011 Canterbury earthquakes, did two camps every year, but this was the farthest south they had been.

Previously the Wakatipu was thought to have been "too far away", but the opportunity arose to make the six-hour journey post-lockdown, and they took it.

Secretary Jessica Gosling said the Canterbury army was further bolstered by members of the University of Otago Student Volunteer Army, who were learning "how to run a camp with this many people hours away from home".

"It’s a bit of a logistical feat."

The army had previously travelled all over the South Island, including to Kaikoura and Hokitika, responding to the community’s needs.