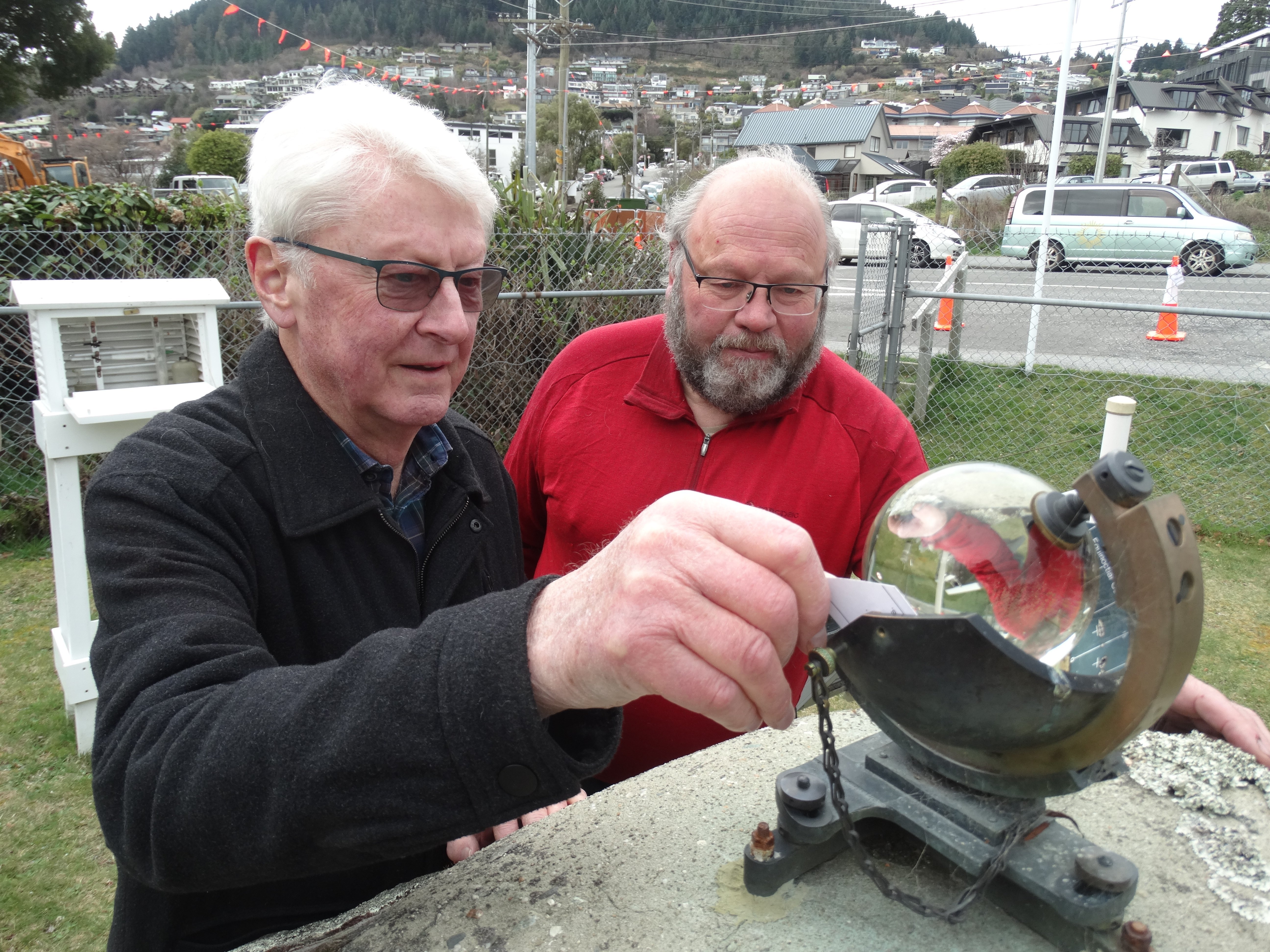 Stuart Maclean had filled in for Mr Crow for the past 50 years, whenever the latter was on holiday or unwell, or in some cases, snowed in at his former Arthurs Point home.

For the past 20 years, Robert Taylor, who like Mr Maclean lived near the station’s enclosure, had filled in whenever Mr Maclean was unavailable.

Since Mr Crow became unwell in June and died on August 19, aged 88, it had become a full-time gig for the pair.

They said they wanted to carry on Mr Crow’s work.

As well as taking observations at the site for 59 years, he presented the weather on a local radio station for nearly 30 years until 2015.

The weather station, owned by the National Institute of Water and Atmospheric Research (Niwa), recorded observations automatically, but Niwa preferred having manual observations taken as a back-up, Mr Maclean said.

As well as taking observations about 9am each day on air and ground temperature, humidity, rainfall and sunshine hours, he kept the grass down and generally kept an eye on the site.

He emphasised he and Mr Taylor were ‘‘weather recorders, not forecasters’’, so anyone asking them for meteorological advice would be disappointed.

‘‘Weather forecasting’s an inexact science at the best of times, and if I’m forecasting, it’s even more inexact.’’