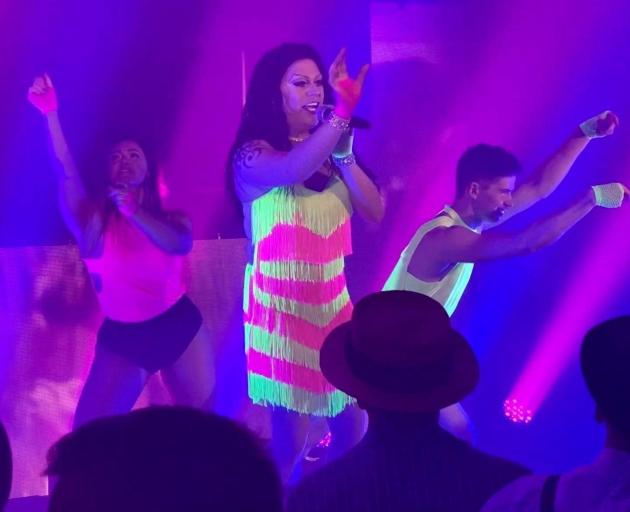 The LGBTQI+ extravaganza of glitz, glamour and snow resulted in hundreds of Kiwis pouring into the resort to celebrate sexual and personal expression.

Festival director Martin King, of Auckland, was unable to attend the start of the 10-day Winter Pride, but was on the first flight out of the City of Sails when it moved to Level 2.5 last week.

"The first weekend was weird, being stuck in Auckland, but I’ve got an amazing crew," Mr King said.

Winter Pride was lucky to have local DJs and talent come in to fill any gaps caused by the missing Aucklanders, he said.

"We had local dancers, DJs and singers, who we were able to recruit and pay, and that helps keep the arts and culture industry alive here."

Indoor events were limited to 100 people and so the Cabaret Wars, Revelry Leather and Lace, and Prohibition Speakeasy events were repeated twice in a night to ensure ticket-holders did not go without.

It meant Winter Pride was spread across more venues, hopefully providing a cash boost for the resort during a tough economic time, Mr King said.

"My feeling is everyone who came to town made the most of the situation, whether they got into the main events or went off and did different things, spending time with friends."

Both the police and Ministry of Health inspectors had been pleased with how things went and there was "really amazing feedback" from venues.

Winter Pride was put on hold during lockdown, all tickets being refunded and events cancelled.

But, Mr King worked hard to reorganise the festival — once known as Gay Ski Week QT — and it was scheduled around events that could operate in either Alert Level 1 or 2 conditions.

Events were split between Pride on the Mountain in the day — shared between Cardrona Alpine Resort, The Remarkables and Coronet Peak — and the Pride Party Series in the evenings.

Businesses across Queenstown decorated their windows and fronts with the rainbow flag in support of the Pride movement.

Mr King said people looked forward to Winter Pride all year and so it would return in 2021, although he hoped it would be in a Covid-19-free world.