Work to preserve remains of cottage 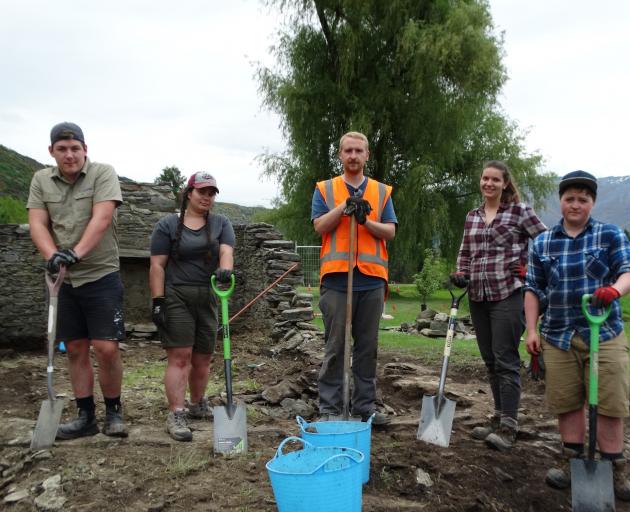 Benjamin Teele, a senior archaeologist at Origin Consultants, was leading the project to reveal the full scale of the small Shanahan family cottage, in which six children were raised.

Mr Teele, who was assisted by University of Otago anthropology society members on the site this week, said ''there are stone ruins around; unfortunately a lot of these ruins are becoming more rare''.

''As soon as they lose the roof, water gets into the walls ... and then we get a decent snowfall or earthquake and the walls just come down.''

He said the 22sq m cottage, built in about 1874, was now part of the golf club's ''character and heritage'' and visitors should be able to see it.

The Arrowtown Golf Club was built on land where the Shanahans originally settled.

The club, in conjunction with the Shanahan family, masterminded the project to conserve the ruins.

The ruins of the family cottage are located on the 11th hole of the course and will be maintained to limit further damage to the building, which is mainly made of stone and mud.

The team hoped to have the project finished in time for the golf club's St Patrick's Day tournament, for the excavated ruins to be viewed by visitors as a historical feature on the course, Mr Teele said.

They had already found remnants of beer bottles and horse bridles on the site.

He said people struggling with ''small homes'' or tight living spaces in Queenstown should think of conditions 150 years ago, or raising eight or more children with no running water or other modern utilities.

The project has been supported by the Queenstown Lakes District Council, which helped fund the dig and maintenance work.

Mr Teele said stone masons would secure the ruins to stop the stone eroding once the excavation was complete.