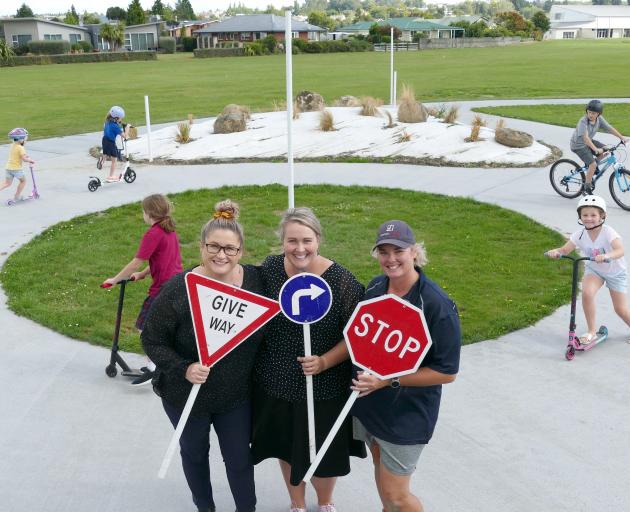 Members of the Naish & Centennial Park Redevelopment Group said they were "thrilled" to receive a $300,000 grant from the Otago Community Trust last week, which was announced on Tuesday.

Group member Rachel Jenkinson said receipt of the funding was timely, as it would help the next stage of what was a multi-phase project get under way.

"The group has recently completed the junior ‘learn to ride’ bike park and is improving facilities and green spaces at Naish Park.

"This funding kick-starts the destination playground stage of the project. The generous support received from the Otago Community Trust is helping the group to achieve the next steps in the project, although we’re still seeking further support for later stages," she said.

Alongside the destination playground and junior bike park, the project includes plans for a pump track, dog park, covered picnic and barbecue areas, seating and a car park.

Project chairman Jared McPhee said the community also had an opportunity to leave its mark on the project, as part of an upcoming naming sponsorship programme.

"The community can be a part of history by having their names attached to some exciting additions to the project.

"We’re extending the invitation to local businesses, groups and individuals to become involved in named sponsorship of project elements, from plantings to playground equipment."

Businesses and individuals would also be able to lend their name to street signs on the junior bike park, he said.

The group would seek community support through a "sponsorship prospectus" available from next week.