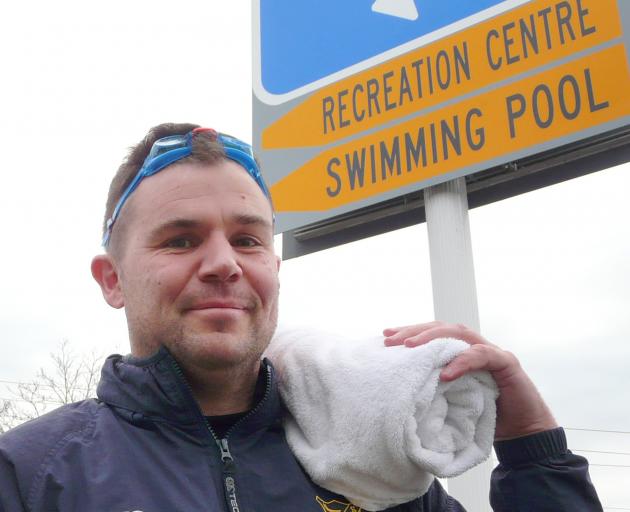 In May, the Clutha District Council voted 9-5 to build a new, combined service centre and pool on the site of the town's Union St service centre, at a cost of $5.8million.

However, during earlier public annual plan hearings, a delegation from Tokomairiro High School, including head of sport Tom Sinclair, voiced strong support for an option retaining the pool closer to its current, more northerly site, where it adjoins the school.

Late last month, Mr Sinclair began an online petition seeking community backing, which has since garnered more than 400 signatures, or about 20% of the town's population.

He says that shows the council's thinking is flawed, and should be revisited.

''This is a strong indication from a significant section of the community that we need to review this decision, and let them have another say.

''Only part of what I'm arguing relates to benefits to the schools in keeping things up this end. I genuinely believe this is the best option for the future of Milton.''

Mr Sinclair said a ''north end'' pool could be linked to existing gym and other recreational facilities at the town's Taylor Park, creating a ''sports hub''.

This would make the best use of resources already in place, and could also be a more economical option, he believed.

Clutha Mayor Bryan Cadogan said he was willing to listen to Mr Sinclair's continued concerns, although the council's decision had been made after listening to the majority.

A new, centrally located pool was supported by 66% of respondents during the annual plan submissions process.

''I saw first-hand at all the meetings I attended a growing belief that now was the time for Milton. That with the combined effects of projects totalling $20million they were on the cusp of something transformational and exciting.

''In the overall balance, to have a pool that draws on cost-efficiencies, and is easily accessible to all including the elderly, is a defining project that brings vitality and vibrancy to a town that has far too many buildings empty.''

The central option was a more economical design by virtue of its dual purpose, he said. The ''increased spec'' over a north end pool would also allow for 12-month opening.

He said concerns raised about parking and competition with existing gym facilities were unfounded, as there was ample parking to the rear of the proposed new location, and a combined pool-gym was at present unconfirmed, and ''an optional extra''.

''I believe council has toiled to do the best by Milton. We believe in Milton and have further hopes and aspirations, but we need support, and right now we would despair if delays and differences split the town.

''Let's embrace the concept, and realise the vision people have for a brighter future.''