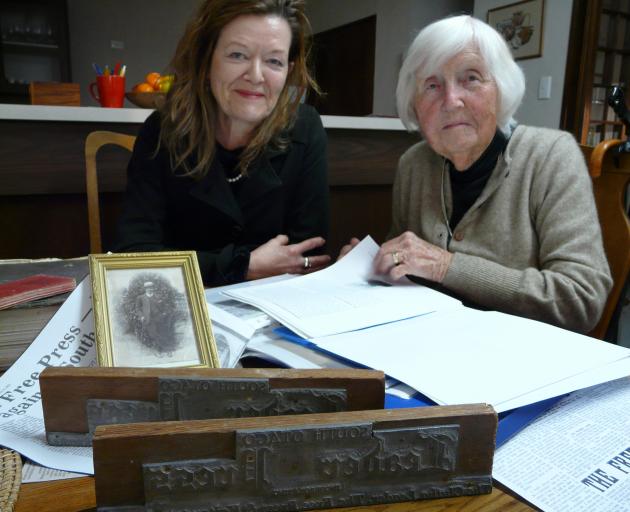 Descendants of 19th-century Balclutha newsman and former Clutha Leader editor David Algie, Suzanne Lloyd (left) and Penne Robertson, look over journalistic artefacts at Mrs Robertson's home in Mosgiel yesterday. PHOTO: RICHARD DAVISON
A circle has been neatly rounded off for one Otago family, thanks to the recent acquisition of the Clutha Leader by Otago Daily Times owner Allied Press.

Mosgiel resident Penne Robertson (nee Algie) said her family had more reason than most to celebrate the closer association between the two venerable Otago news titles, after the sale was announced on May 29. 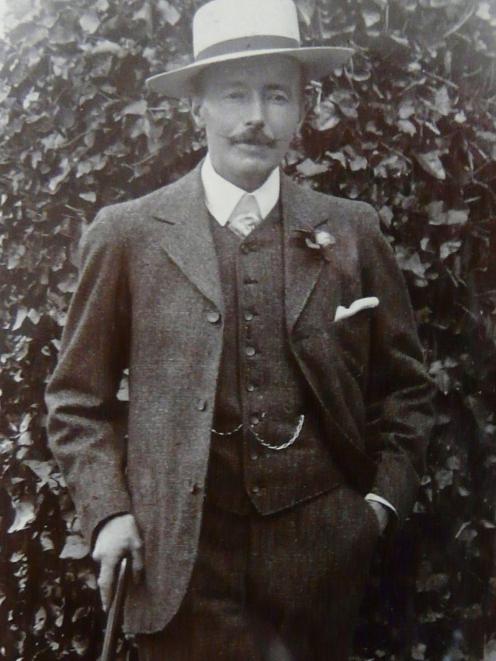 Mrs Robertson's father, Balclutha-born David Greenfield Algie, left school in 1882, aged just 14, to pick up the newspaper trade at the ODT in Dunedin.

In 1890, he returned south with his skills, and helped establish the weekly Clutha Free Press in Balclutha, which he and his brother John bought in 1898, relaunching it as a bi-weekly publication the following year.

The Press, which in its early days was said to espouse ``pronounced Liberal, not to say Socialistic views'', continued to operate under its masthead until competition from the Clutha Leader led to an absorption by that title in 1927.

Mr Algie continued to work as a South Otago reporter until his retirement in the 1930s, but it was not time to put away the notepad just yet.

In 1940, then Clutha Leader editor Arthur Strang enlisted for World War 2, but only after securing the seasoned journalistic hand of a, by then, 72-year-old Mr Algie at the helm of the Leader, where he remained until Mr Strang's return in 1944.

With newspapers in the blood, it was not surprising to see later generations of the Algie family also forging links with the region's long-standing publications, Mrs Robertson said.

``We were all very excited when [my niece] Suzanne [Lloyd] joined the ODT's sales team in 2016. My brother-in-law Cecil Robertson was also a sub-editor and writer for the paper. It's just been a big part of all our lives.''

The Clutha Free Press building at the corner of James and John Sts, Balclutha, c.1891, taken over by the Clutha Leader in 1927. PHOTO: SUPPLIED
Being the daughter of a prominent South Otago newsman came with its share of thrills, Mrs Robertson said.

``We'd go along to the A&P Show and Dad would wave his hand and say, `These are all with me,' and half a-dozen of my friends would run in behind me past the ticket collector. Then we kids would be sent to meet the night express from Invercargill at Balclutha Railway Station, where we'd have to drop off the sports results from the weekend, for publication in the ODT on Monday.''

There were expectations of discretion, too, however.

``Of course you'd hear all sorts of things around the kitchen table, but you knew never to carry them with you outside.''

Mrs Robertson said she believed her father would be pleased to see the Clutha Leader entering the ODT fold.

``It's an important part of everyone's lives down in South Otago. The whole family is delighted with the move.