Emergency services were called to the incident in Gormack St about 8am, where they discovered in the property's kitchen a fire involving lithium batteries used as storage for a solar electricity system.

Lithium-ion (Li-ion) batteries can explode when subjected to high temperatures, and may also produce toxic cobalt oxide dust during combustion.

As a result of the increased risks, a section of the street was cordoned off, and additional appliances were summoned from neighbouring brigades at Kaitangata and Milton. 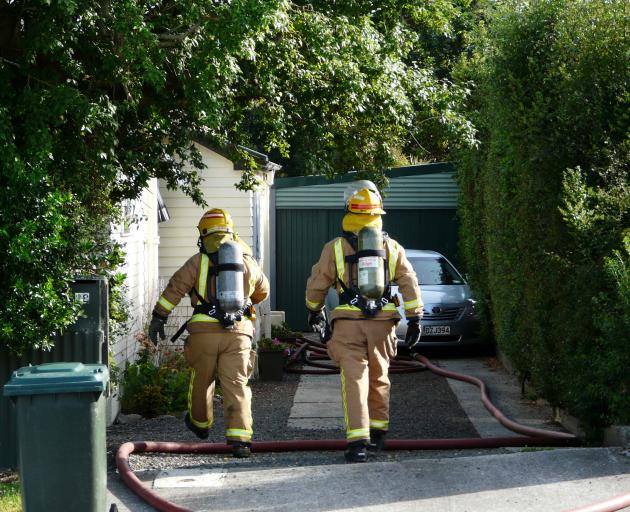 A Fire and Emergency New Zealand (Fenz) spokesman said the fire, which started in the kitchen and spread to the roof, was not believed to be suspicious.

Firefighters wearing breathing apparatus quickly extinguished the blaze, but remained on scene to monitor the situation until about 10am.

''It appears the batteries have heated up to the extent they've caught fire this morning, leading the homeowner to evacuate the property and contact emergency services.

''Thanks to a quick response from local brigades, the fire was isolated to the kitchen area and brought under control safely.''

Although the type of lithium was not confirmed as Li-ion, emergency staff had exercised full caution, he said.

''We've yet to confirm precisely what was involved, but the householder here has taken appropriate action when he realised there was a fire by immediately shutting the door and leaving the property.''

Since there was potential for residual toxicity in the property, those affected would not be allowed to return to their home until a safety assessment had been completed, Snr Sgt Leishman said.

''The property will be cordoned off until it can be decontaminated, and we'll be working with Victim Support to provide assistance to the residents in the meantime.''