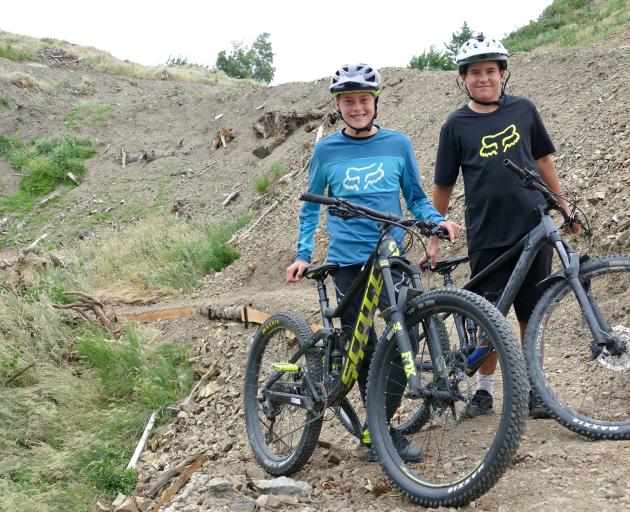 In 2019, then 10-year-olds Connor Bond and Jak Buckingham were looking for good places to go mountain biking in their South Otago hometown, and came up with the idea of creating a formal track for riders to use.

Unfortunately, Covid-19 and lockdowns intervened, but earlier this year the idea came back to life when council staff and family members suggested the duo put a proposal together.

They presented one to the Clutha District Council as part of its three-yearly long-term plan process at hearings in May.

The presentation - complete with slideshow visuals - was well received by councillors and, at the council’s final meeting for the year earlier this month, they voted to approve a 2.8ha plantation reserve on the Kaitangata Highway for use as the new facility.

Connor said he and his friend just wanted people to enjoy themselves.

"There’s a good steepness to the slopes, and its easy to get to from town.

"We’ll be able to ride after school and keep on adding to it."

His father, Dean Bond, said a new group - the South Otago Mountain Bike Club - had been set up to oversee the facility.

"We’ll be seeking grant funding to put safety elements like fencing and signage in place. We hope eventually to have an access from the top of the park, so work will keep going on it throughout the year."

Council community development adviser Jean Proctor said the project was community driven, and praised the teens for their enterprise.

"Inspired by these young men, we’ve managed to gather a really strong, diverse group of the willing who are now going to take this project forward."

She said a "usable track" would be in place before the end of summer, and she expected most work to have been completed on the park within 12 months.

"We’ve been overwhelmed by the offers of support, and are very grateful to all those contributing, and those residents neighbouring the park, who have also been incredibly supportive of this amazing idea."