Feeling of being ‘kicked in guts’ by doubling of rates 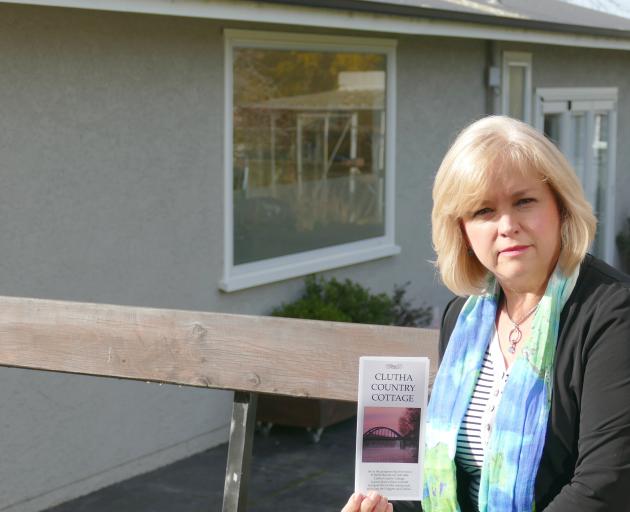 Adrienne Scott outside the short-term studio at her home in Balclutha, for which she is being charged as much in rates as she pays for her home this year. PHOTO: RICHARD DAVISON
Home business operators in Clutha say they feel "kicked in the guts" by an unexpected doubling of their council rates this year.

Balclutha resident Adrienne Scott, who lets a studio flat at her home, said she knew of at least five other small home-run businesses in the district which had similar increases last month.

Mrs Scott said she was shocked to see an additional $2000 on her rates bill this year for letting the studio, which she had done previously at no penalty.

The rate was for an "SUIP", applied to properties where a "separately used or inhabited part of a rating unit" could be identified.

During yesterday’s council meeting in Balclutha, Mrs Scott spoke to councillors, and requested they reverse this year’s rates until further consultation could take place.

She said the current definition was too wide, and was being applied arbitrarily.

"The council’s own definition [states an SUIP is part of] a rating unit that ‘can be’ separately used or inhabited. There’s nothing further to refine this definition."

The additional burden was affecting small businesses just coming through the effects of Covid-19, she said.

Those contacting her included home hairdressers, a microbrewery, a small shop whose owner lived behind the store and a boutique coffee roaster, operating from his garage.

"They may not survive this kick in the guts from [the council]."

Council chief executive Steve Hill said the council had received a total of four complaints relating to the matter before yesterday.

As the rate was not new, the upsurge in complaints might have been caused by an increase in council property inspections combined with a lack of timely communication, he said.

"More notice would always have been ideal, but the charges are correct and required. All rates are a burden. Council well understands the nature of such a blunt instrument, and over the past few years we have done our best to keep rates as low as possible.

"Councils have long been asking the Government for alternative and more flexible funding mechanisms.

"It would be unfair to other ratepayers if someone that should be charged a rate isn’t."

The council would conduct a review of the policy this year, he said.

Mayor Bryan Cadogan said the council strived to be fair to all ratepayers.

"A rate reflects the services provided, and if a household is using council services they pay accordingly.

"If, in addition, there is a business being run from the same house, councils are faced with two options — turn a blind eye and have all ratepayers share the cost, or apportion the additional costs where the benefits lie."

All ratepayers had the right to appeal, he said.

"There are nuances in individual circumstances that council may consider justify closer inspection."