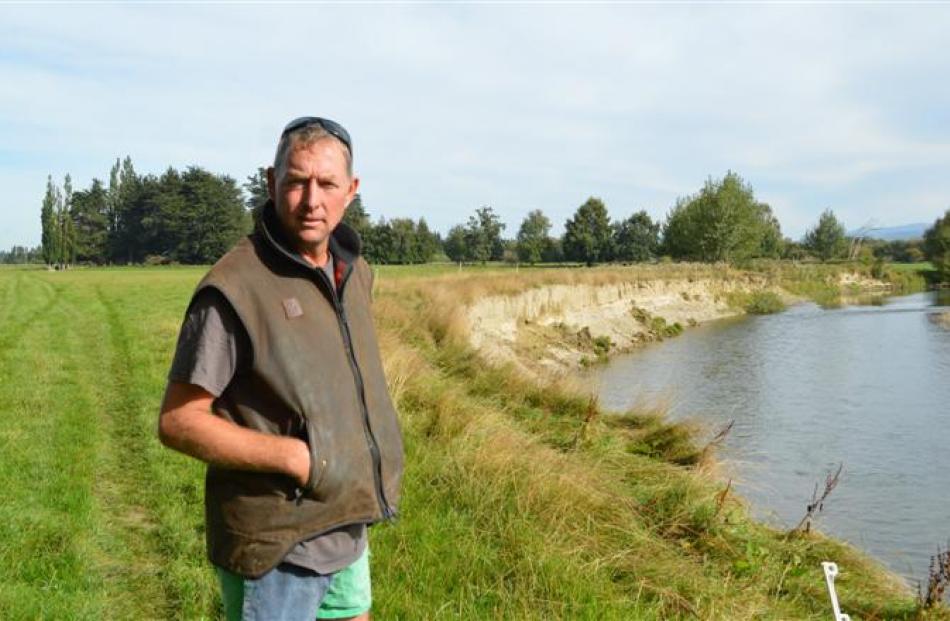 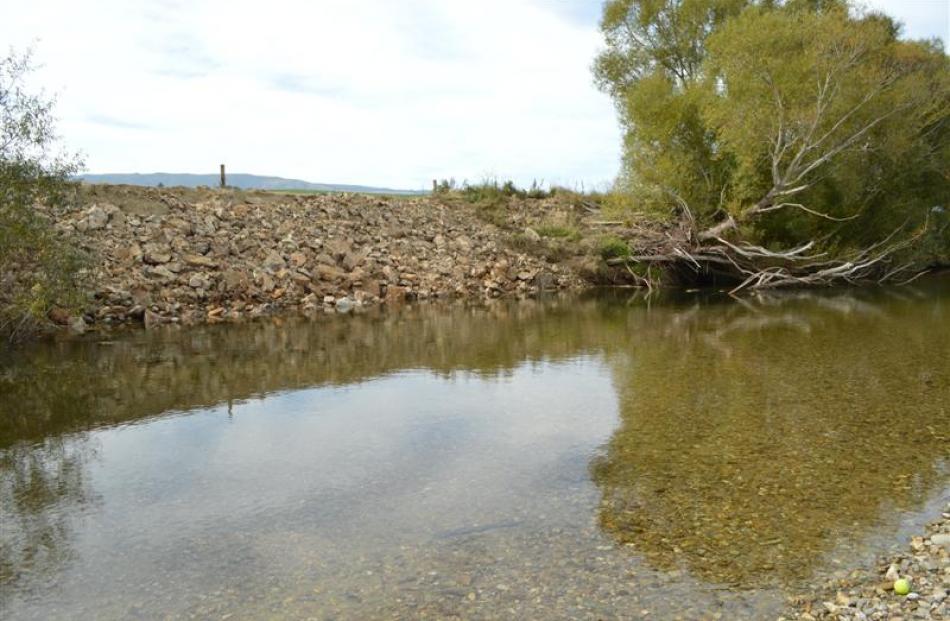 Farmers have taken to reinforcing banks with rock to protect against erosion along the Pomahaka River in West Otago. 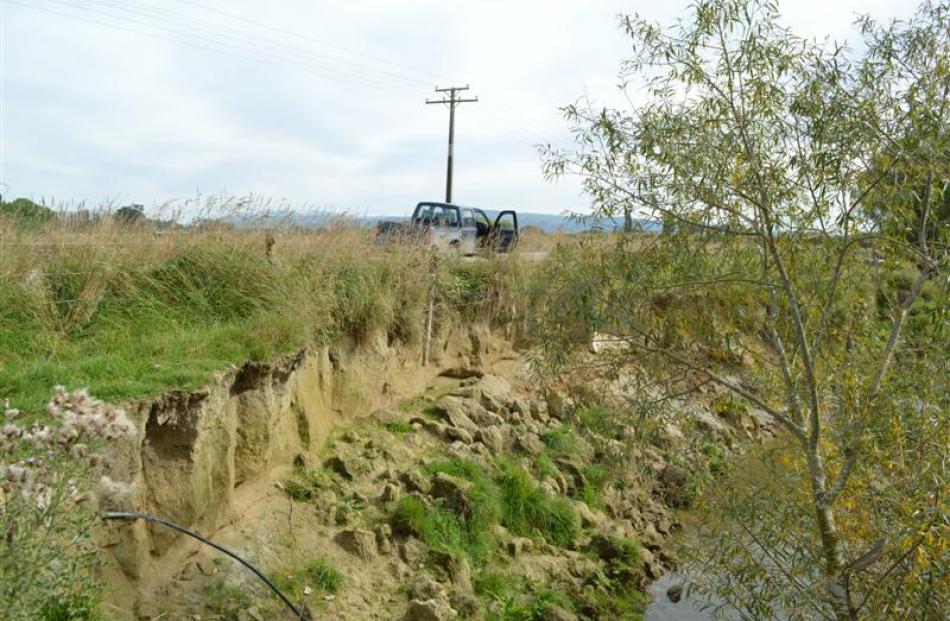 The river has carved out a chunk of land beside Winslade Rd at nearby Kelso. Farmer Nelson Hancox used to be able to drive a tractor between the fence and the river, but no longer. The nearby road is now threatened.

The erosion of riverbanks is one of the major concerns in the Pomahaka catchment.

Nelson Hancox owns three farms in West Otago but it is the Kowai Downs farm at Kelso that is affected by the Pomahaka River.

About 50ha of the 530ha sheep and beef farm is flooded each year, and over the past five or six years about 20ha along a 14km stretch has been eroded by the river.

Part of the farm includes the popular recreation spot MacIntosh's Hole, and the river carved out a large section of the bank last year.

Mr Hancox's wife, Fiona, said the spot had been favoured by families for more than a hundred years, and some feared the place had been eroded irreparably as the river continued to change its course.

The marked changes had happened over the past five to six years, she said.

''The only positive about the river getting wider is that the flooding is not so bad,'' Mr Hancox said.

The river also threatened Winslade Rd between Tapanui and Kelso, and Mr Hancox was no longer able to drive a tractor between his fence and the river because the bank had washed into the Pomahaka.

The erosion had been worse since the rules around gravel extraction were tightened 10 to 12 years ago.

He would like better management of gravel, extracting built-up gravel from the river instead of ''digging up really good cropping river flats''.

It was primarily his concerns about erosion and gravel-extraction restrictions that prompted his interest in water quality. He was trying to test water quality at entry and exit points on his hill properties to better understand what was happening on his farms and how this affected the waterways.

The West Otago Community Board also discussed the Pomahaka River at its meeting last week.

West Otago farmer Jeff McKenzie, who is also a Clutha district councillor, believed the erosion had been caused by a lack of river management and gravel extraction.

He told the board a meeting had been held with landowners and staff from the Otago Regional Council and Clutha District Council last year to look at riverbank erosion and the threat it posed to infrastructure.

''I believe it is a regional council issue. We were told we could protect our roading assets ... for the past 12 years there have been no management plans for the Pomahaka River.''

Board member John Herbert said the riverbed used to be kept low, which kept the river where it was without the loss of large chunks of land. ORC engineering, hazards and science director Dr Gavin Palmer said the February 2012 flood was the largest event in the Pomahaka since records began in 1992.

The flood would have moved more gravel into and through the river.

He said flood events last year were relatively small and the gorge at Kelso tended to limit gravel movement further downstream, below the Flodden confluence.

''It may be that over the last few years more gravel is moving through the gorge. However, ORC staff are not aware of any major problem with gravel build-up.''

Dr Palmer said demand to extract gravel had ''historically been greater'' than the river's rate of supply, and extraction from the Pomahaka River had been managed carefully through the resource consent process in the past six to eight years.