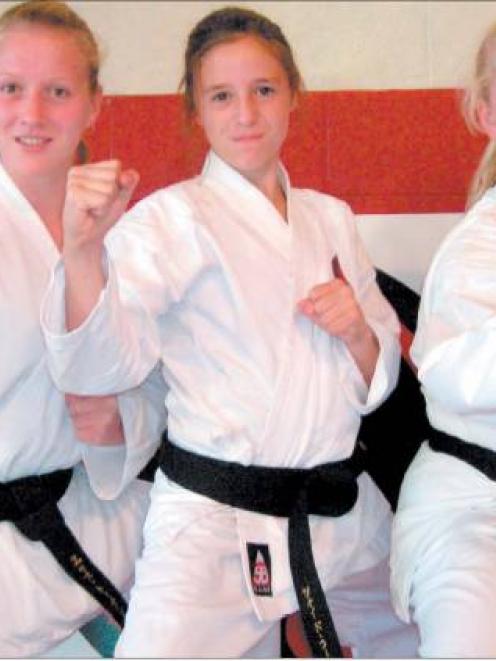 Mrs Finlayson said if anyone wanted to know what it took to get a black belt in karate, they could ask Cherise Thomson (15), Megan Finlayson (14) and Sinead Cormack (12).

‘‘They will tell you it takes about seven years of training hard with Sensei Gabriel Phillips, 4th Dan,'' Mrs Finlayson said.

The panel of judges included Kazuo Terauchi, 8th Dan from Japan and a former bodyguard for Japanese Emperor Hirohito, and a 6th Dan and 5th Dan from the North Island.

‘‘There was a big build-up to the blackbelt grading, which involves a written and physical test.

She said the girls agreed it was ‘‘cool'' to have three from the dojo grade together, but it was still a bit nervewracking.

Mrs Finlayson said the girls would continue with their karate training, ‘‘as you never stop learning''.

Fourteen students from the West Otago Karate Club have passed their black-belt grading over the past 11 years.

All have been or are pupils of Blue Mountain College.

There are six pupils with black belts attending the college at present.