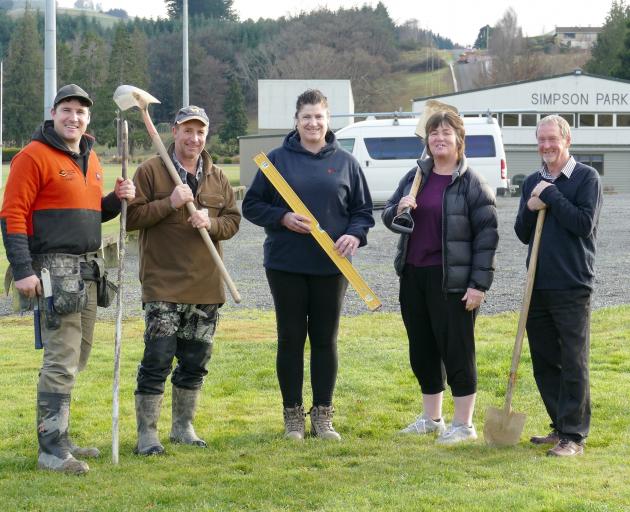 A group of eight residents is hoping to harness community support to help build an emergency helipad for the town, at its Simpson Park rugby grounds.

Project leader and professional firefighter Tim Dickey said, at present, rescue helicopters landed on the rugby pitch itself, leaving paramedics and other personnel "ankle deep" in mud during emergency incidents.

Alongside questions of hygiene and convenience, during wet weather the situation also raised serious health and safety concerns, as patient gurneys required additional personnel, time and care to transport to and from the helicopter.

A concrete helipad adjoining the sports complex car park would prevent these issues, he said, and allow for quicker, more efficient action during emergency situations.

"The idea came to me during a really muddy incident last year. Since then I’ve had discussions with local emergency services, HeliOtago and Lawrence Lions, and we plan to get things under way in time for summer."

Installation of the pad would require new drainage and minor land reclamation where it sloped towards the pitch, he said.

"We thought about installing a 113sq m concrete pad on the nice flat ground in the centre circle, but decided that might cause more emergency issues than it solved," he joked.

Thanks to offers of volunteer labour and materials and equipment from local firms, the pad was expected to cost about $45,000.

"We’re a smallish team of workers at present, so anyone else who’d like to lend a hand would be warmly welcomed."

He hoped significant funds could be raised through a planned "Stars in Their Eyes" fundraising night on August 22.

The helicopter visited "four or five" times a year on average, and was "critical" in preventing accidental loss of life in the area, Mr Dickey said.

"I hope people can appreciate the importance of this project to the whole community, and feel able to offer their support."