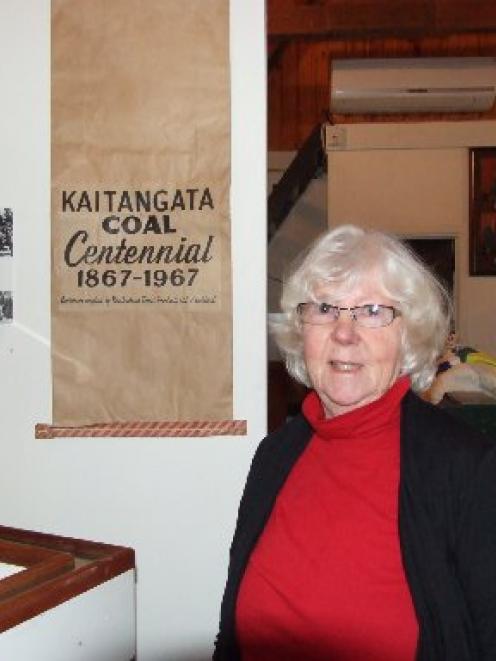 Kaitangata Black Gold Heritage Museum Centre secretary Irene Sutton is looking for a black coal range to add to the museum's display before opening in October. Photo by Rachel Taylor.
A dedicated group of Kaitangata locals are close to realising their dream of preserving and displaying their town's history.

On Saturday, October 23, the Kaitangata Black Gold Heritage Museum Centre will open to the public.

An impressive collection of artefacts had been donated, ranging from when coal was first discovered there in 1844 to the 1980s.

Kaitangata's population peaked at about 1800 in 1921, when "dozens" of coal mines were active in and around the area, she said. The town had been a self-sufficient community with its own shops and an undertaker.

It was important to preserve that rich historical past for future generations, Mrs Sutton said.

"What happened in the past makes us the community we are today."

The Torquay St building used to be a Scout hall, and museum space had been divided into areas that showed the town's development and its economic and social activities. It would be open to the public at weekends, public holidays and by appointment, Mrs Sutton said.

A small admission fee would be charged, but the amount had not been finalised.

The group intended to rotate the exhibition periodically, and would welcome donations of relevant artefacts or photos. A black coal range was one item the group was hoping to find before opening at Labour Weekend.

"We had one, but it had been turned into a barbecue, and when we tried to turn it back, it fell to bits," Mrs Sutton said.