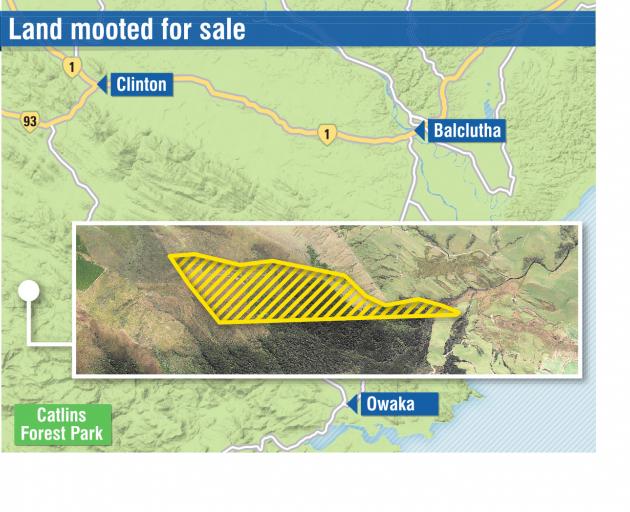 In a closed-door session at this week’s council meeting, councillors decided to ask staff for an updated ecological assessment of the 50ha block in Kuriwao and a valuation of the land with and without a covenant.

The surplus land was vested in the council in 1994, council legal counsel Peter Kelliher said in a report.

In 1994, there were 18 Kuriwao endowment leases; of those 14 had since sold to their respective lessees, he said.

In 2001, the land was resurveyed and subdivided, he said.

The remainder was intended to be transferred to the Department of Conservation for inclusion in the Catlins Forest Park.

However, council staff had been advised the department was no longer interested in the land and the transfer to the department had not taken place, and the land remained in the council’s name.

The land, which is primarily forest and shrubland, had not been leased since it was separated from the original pastoral lease in 2001.

But the council recently contributed to its maintenance, namely pest control and fencing.

Council staff believed the sale of the land was appropriate, Mr Kelliher said.

Before the item was moved to a public excluded session of Wednesday’s meeting, council chairman Andrew Noone said the possible sale had "created some interest and email dialogue".

It was not discussed in public because the discussions about the sale were likely to address commercially sensitive topics.