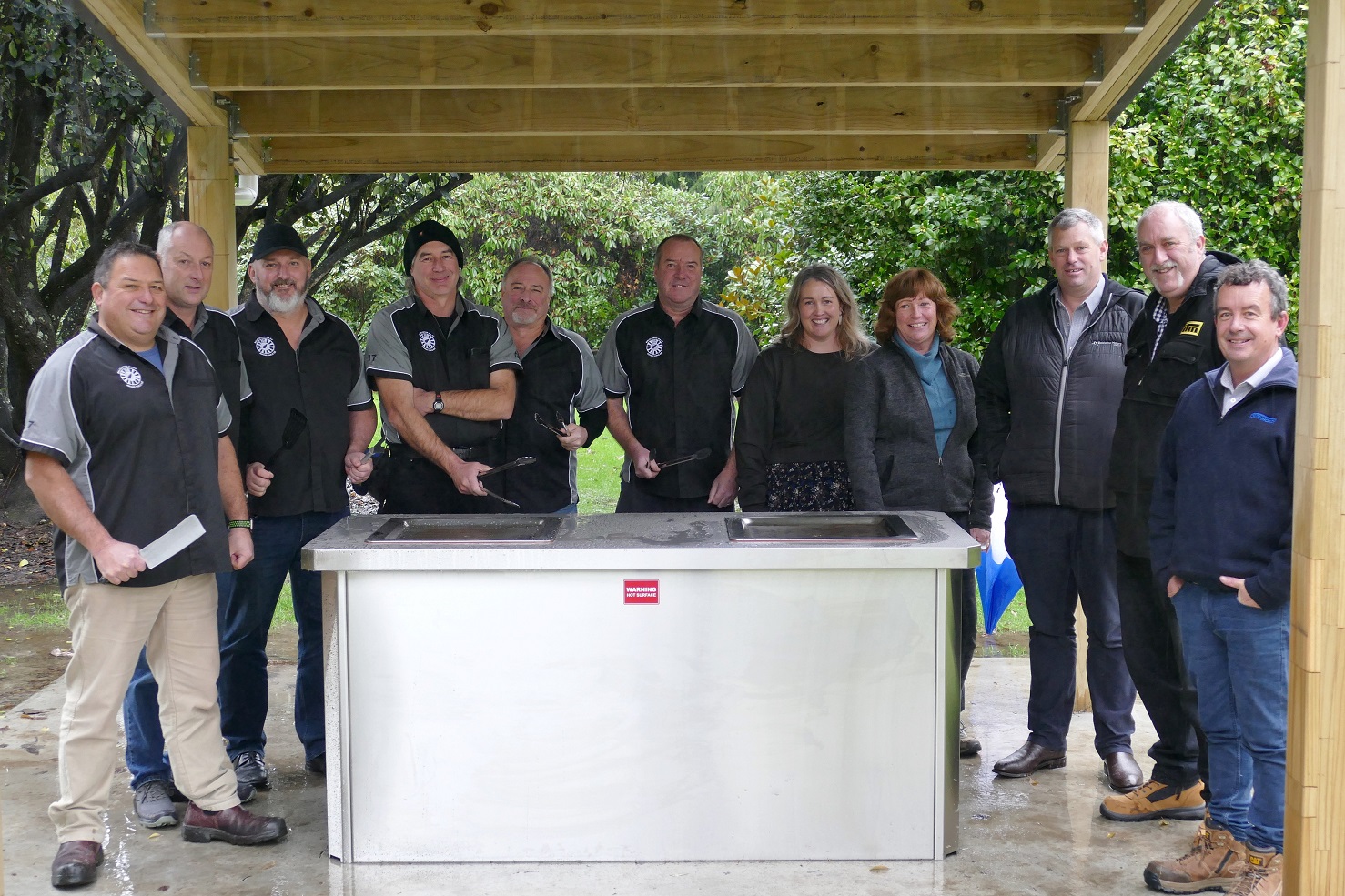 Local service group Round Table Balclutha has long held ambitions to install a free public barbecue in the town’s Naish Park, and a wider project to overhaul its and neighbouring Centennial Park’s facilities provided the impetus to get it under way this summer.

The Clutha Parks Trust is in the middle of a five-year, $1 million-plus project to upgrade the two parks, and sought community funding and in-kind assistance to install the $17,000 electric barbecue earlier this year.

Trust chairman Jared McPhee said he was grateful to Round Table and other supporters for getting behind the barbecue project.

"This has been funded by Clutha Foundation and the former Balclutha Beautification Society, with labour provided by the guys at Round Table, so it’s a true community effort," he said.

The double-grill, button-operated barbecue sits beneath an all-weather shelter, allowing residents to sizzle a sausage irrespective of the occasionally inclement southern conditions.

Mr McPhee said he was pleased with the wider project’s progress to date, although the trust would continue to seek further funding and related support from the community to complete it.

"We’re about to start construction on the first major stage of the playground, which will head towards a million [dollars in cost].

"We’d invite individuals, businesses and groups from across the district to get in touch, as we see this as a destination facility for the whole of Clutha."

He expected the playground to be ready to use during the coming spring, following which further funding would be sought to complete a second stage of development.

A second barbecue, a pump track and a basketball half-court are expected to be built later in the project.

"We’re really pleased with how well the learn-to-ride bike park and Clutha Vets dog park are being used by the community.

"We’re very grateful for the support we’ve had from funders and other contributors as we keep moving forward.

"All being well, we’d like to see everything done and dusted by 2024."