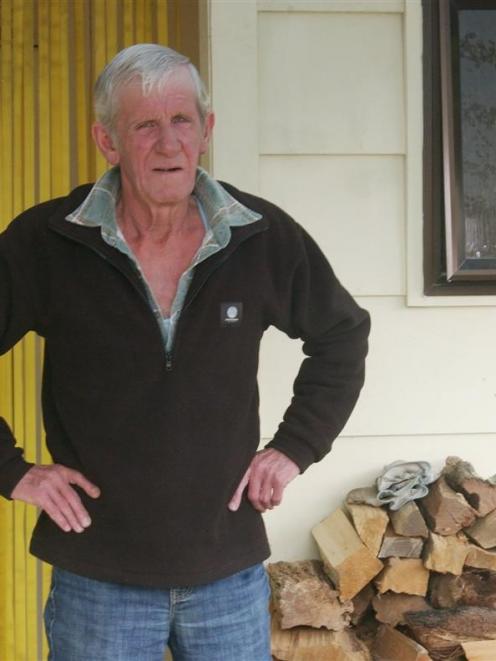 Carl Chaplin has worked for the New Zealand Forest Service and the Department of Conservation for the past 36 years. Photo by Hamish MacLean.
Few people could claim to know the Catlins as well as Carl Chaplin (66).

The former Department of Conservation (Doc) ranger has lived in Owaka since he was 13 and camping ground maintenance and working on walking tracks over the years has given him a good knowledge of the lie of the land.

Mr Chaplin started with Doc when it was established in 1987 after having worked for its predecessor, the New Zealand Forest Service.

All up, he had been in the job for 36 years when he retired late last year.

And speaking with the Otago Daily Times last week, looking back at his years of service, he said the fact he had retired had not yet fully sunk in.

He started in the workshop, maintaining chainsaws for the New Zealand Forest Service, in November 1978, and was offered a job by the newly established Department of Conservation when it took over in 1987.

Mr Chaplin was the only staff member in Owaka who took the job rather than redundancy or going to work at the freezing works.

Mr Chaplin says Nugget Point and McLean Falls are the highlights of his local area.

And though he said he understands the beautiful area's appeal to newcomers and visitors, he admits he is a little ''over it''.

He was never a ''tramper'', although he built and maintained many of the tracks that visitors to the area use.

''You want to go out exploring, I've lived here all my life, I've seen it all many times ...

Mr Chaplin said he would still get out and about and ''have a wander around, have a check up, see what they're doing, what they're not doing''.

But Mr Chaplin said he retired to have a little more time to get work done around the house.

His wife Nola died of cancer about nine years ago and Mr Chaplin said in his retirement he would spend more time with his family.

His boys, Shane and Jason Chaplin, live in Balclutha and work in the area. He has four grandchildren between the ages of 4 and 12 and plans to spend more time with them.

At 66, he said he still had the energy for the job, but he had been in the role long enough.

''A lot of people are breaking their necks to get into it,'' he said.

Mr Chaplin has seen for himself how Catlins visitor numbers keep rising.

Since the Southern Scenic Route through the Catlins was sealed, more visitors were coming to the region.

''The visitor numbers are getting higher and higher. I've noticed that in a big way, especially over the last eight or nine years.''

''Working for Doc, you're doing everything,'' he said.

''You meet new people all the time. You meet a lot of interesting people, a lot of people from all walks of life.''

Mr Chaplin said the visitors were good for the Catlins community and as a result the place that he calls home, in the southern corner of Otago, was benefiting from being busy.

Originally from Gisborne, Mr Chaplin said he had little interest in going back.

''I wouldn't want to go back there to live. It's a lot quieter down here and I find the people down south are a lot friendlier.''