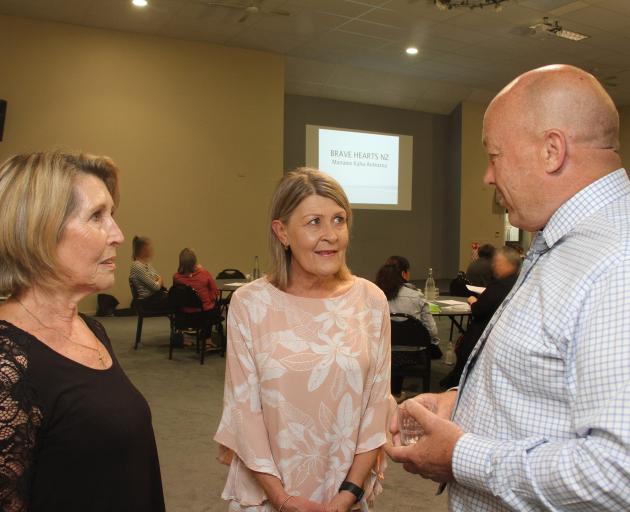 Brave Hearts NZ founder Erin O’Neill visited the area in November for a series of meetings and workshops with families and support agencies, at the invitation of Methamphetamine Awareness Campaign Clutha (MAC Clutha).

"The initial meeting was a very emotional occasion; but the overwhelming feeling by the end was one of hope.

It was hoped a future programme of speakers and workshops would allow people to tackle the issue more effectively, Mrs Proctor said.

MAC Clutha — which works to create wider awareness of methamphetamine issues in the district — began as a Clutha Youth Council project, but had since grown to acquire a life of its own, she said.

The youth council would continue to place campaign activities high on its agenda this year.

"Final decisions lie with the youth council, but there are ideas around further awareness walks, educational and community activities centred on the district’s schools, and a return of Amped 4Life’s [drug education speaker] Pat Buckley."

Work on related initiatives would continue behind the scenes, Mrs Proctor said.

"I believe [Clutha is] leading the way in the South as an innovator in tackling these issues."

Others wishing to attend the Brave Hearts Clutha meeting at the Clutha District Council’s Balclutha offices at 7pm, Wednesday, January 22, should contact Mrs Proctor on (03) 419-0247.