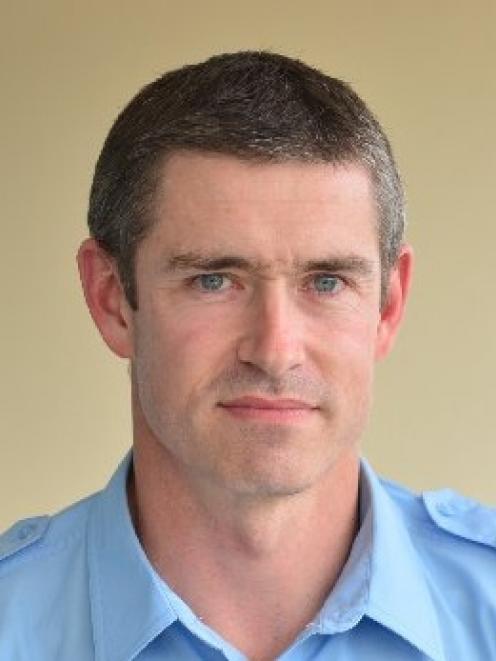 Andrew Coster
The Clutha policing district could be placed under Southland, if an idea floated by police is adopted.

Southern district commander Superintendent Andrew Coster said in a letter to staff and ''stakeholders'', he wanted to explore whether the current structure - Balclutha within the Dunedin-Clutha-Waitaki area - was the ''best fit'', or whether it should come under Southland.

''There is a sense that the span of control of the Dunedin-Clutha-Waitaki area may presently be too large and there is opportunity to rebalance the responsibilities for policing service delivery between it and Southland.''

The letter, which was dated yesterday, said discussions were being held with the local community and staff to gain feedback on the possible change.

Supt Coster told the Otago Daily Times yesterday the possible realignment was ''not even a restructure proposal'' and police were ''floating the idea without putting anything on the table''. However, a proposal could be formed by the end of February.

The letter was sent to the Otago Daily Times by police after questions concerning the Balclutha-based senior sergeant position, which was left vacant following former Senior Sergeant Richard Whitmore's transfer to Clinton, where he is now a senior constable.

Supt Coster said the Balclutha senior sergeant position had been advertised, but was withdrawn earlier this month while police looked at the possibility of realigning the Clutha sub-area.

Earlier this year the Waitaki policing sub-area was aligned with the Dunedin-Clutha area instead of Otago Rural.

Balclutha sat between Invercargill and Dunedin, so ''logically it could work with either connection'', Supt Coster said.

The Southern policing district was restructured earlier this year, and resulted Mosgiel included in the Clutha sub-area, reporting to the Balclutha-based senior sergeant.

If Clutha was aligned with Southland, Mosgiel would likely revert to Dunedin, Supt Coster said.

Mr Cadogan said he struggled to see the advantage realigning could offer the district, and did not want to see any further loss of government services in Clutha.

''It is imperative that we maintain our own senior sergeant position here in Balclutha. Bit by bit we are losing our individual identity as a district. We need to fight for what we have got.''

Clutha also had its main connection with Dunedin, where the bulk of government services were for the district such as court and registrars and probation, Mr Cadogan said.

Staff had until January 24 to put forward any questions or thoughts on the Balclutha topic, and the public was also welcome to send any comments to him, Supt Coster said.