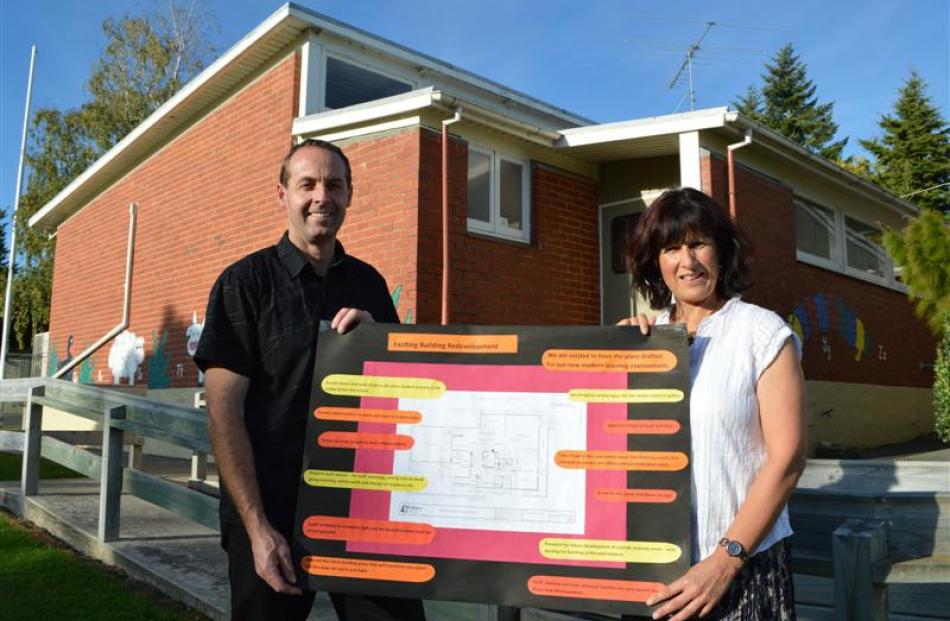 Plans have been unveiled for a new learning area at Waihola District School.

Board of trustees chairman Mark Davie said the school wanted to create a ''modern learning environment'' between its two classrooms.

The project, expected to cost between $180,000 and $200,000, was still in the design phase and plans were to be sent off to fire and structural engineers.

Those involved with planning had looked at the shared learning spaces of several schools for ideas.

''They all had great communal spaces for pupils.''

Principal Sara Whitaker said the present layout did not make the best use of space and was ''like a railway station''.

''We will be able to meet and work as a whole school. Teachers can work across the classes, and there will be room for a third teacher; just a better use of space, better flow,'' she said.

The new design would add 35sq m to the area between the two classrooms, and would be better laid out.

''It is quite a big process, but we hope to start by the September holidays.''

The staff, board, and parents were ''quite excited'' as the upgrade had been talked about for a few years.

''We've had a big vision for a long time. The school has saved a large proportion from fundraising for this project.''

The school roll was 19, the lowest it had been for a while, but about six new entrant pupils were expected to start later in the year, Ms Whitaker said.

A quiz night will be held on May 16 to help raise money for the project.