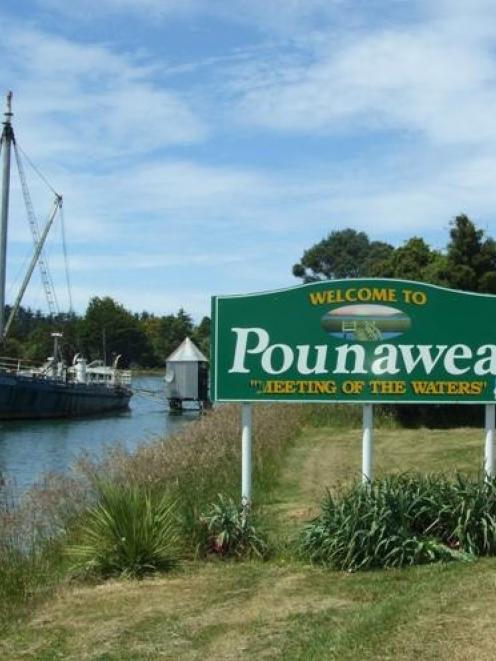 A proposal to fund the extra costs of a pipeline linking Pounawea township and a council-owned camping ground to the Owaka sewerage scheme will go before the Clutha District Council next week.

The sewerage extension was to address problems with ''grey water discharge'' which emerged five years ago from the council-owned camping ground at Pounawea. It was expected to cost $310,000.

At the meeting of the Clutha District Council's corporate services committee last week, council chief executive Charles Hakkaart said final costs came in at $504,375, not $492,680 as revealed in September.

In announcing budget overruns in September, Mr Hakkaart said the extra costs were from design changes and non-budgeted items, not project completion delays. The extension was completed in late July.

A proposal put before the corporate services committee recommends the council should fund the project internally instead of raising rates.

The council said the loan would be repaid by households in Pounawea wanting to connect to the system with a GST-exclusive contribution of $5536 per gravity connection and $2149 for pump connections. Connections made after June 30, 2015 would increase by 5% per year.

Households connecting to the extension would also need to pay $2900 towards the Owaka scheme.

Last November, the council approved construction of a new pumping station and pipeline to Owaka with a budget of $310,000 - $50,000 funded from reserves, $21,000 from the district-wide sewerage upgrade support rate, and the balance from internal loans.

The estimates did not allow for the power supply to the pumping station and the installation of the telemetry and flow metering equipment.

Mr Hakkaart said the estimates did not contain ''any contingency sums to cover unexpected additional costs that may occur during construction of a project such as this''.

The estimate was also light when it came to costs for laying the pipe, and more pipe ended up being laid in road reserve at ''higher cost than intended''.

A decision was made to change the design, shifting the pumping station away from the foreshore at the camp entrance to Noble St, making it easier for future connections. Extra work was also done while trenches were open and machinery was in the area to enable up to 45 more connections as well as the township's other camping ground and convention centre.

The corporate services committee approved the new funding proposal, which will come before the full council next Thursday.