Three empty Housing New Zealand homes in Milton could be sold to first-time buyers under a scheme to get more people into home ownership.

Clutha district councillor Bruce Vollweiler said three more home owners in the district would be welcomed, but more was needed to bring people to Milton.

Prices were already low in the area, but often the cost of relocating put many people off buying in the district .

Housing New Zealand's South Island communications manager, Glenn Conway, said the department's FirstHome scheme was intended to get people on to the property ladder and had been popular in Otago since it began late last year.

''Milton is an area that is of pretty small demand for our properties, so when our tenants moved on we didn't have a big waiting list in the area to fill those properties.''

The FirstHome ownership scheme offers a grant to help first-time buyers with the deposit. That grant of 10% of the purchase price of the property is capped at $20,000.

The scheme began nationwide in October 2013, and at the beginning of this week 132 houses had sold. In Wanganui, 20 Housing New Zealand houses had sold and Dunedin sales were

Ten sales have been made in Invercargill, two in Balclutha and one in Gore.

Housing New Zealand has 77 FirstHome houses listed or about to be listed around the country.

The houses include three in Milton, one in Gore and nine on the West Coast.

Cr Vollweiler said a Work and Income scheme, which offered a one-time payment of $3000 to people who moved to job-hungry Christchurch, could pay better dividends for Clutha, which had more than 400 vacant jobs.

''It would be good if there was some means of providing assistance to people moving to the district if they did have a job to move to.''

Figures show South Otago homes are more affordable than elsewhere in the country.

But on the other hand, prices could be rising.

''The median price across Otago rose $11,500 compared with November 2013, with prices rising 21% in South Otago,'' the November report said.

REINZ regional director Liz Nidd said ''first-home buyers are more active in Otago currently than they have been for some time, although the number of investors active appears to have dwindled somewhat.

''The number of listings has increased and there is currently a good selection across the market, although vendor expectations appear to be running a bit ahead of where purchasers are comfortable." 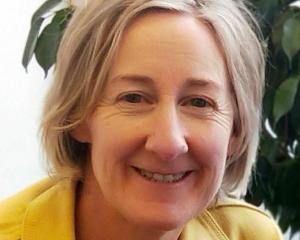