Infrastructure Minister Shane Jones was in Gore to announce $3 million had been allocated for a new Gore library, and $1 million to enable remedial work at the Gore Multisports Complex.

The funding comes from the $3 billion shovel-ready project initiative set aside in Budget 2020 for infrastructure.

Mr Parry said he and senior council staff worked through Easter to prepare the shovel-ready applications, and the library project was high on the priority list.

The community would be asked for their input as to the layout of the new library. 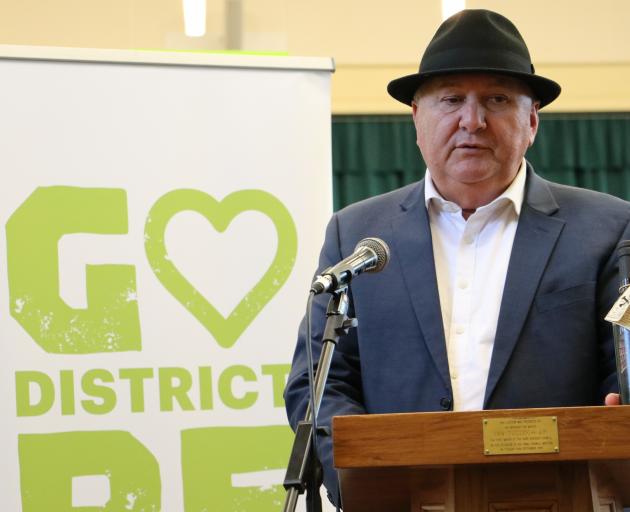 "Up to 60 construction contractors are expected to be employed on this project, which the Gore District Council says can be under way within six months, with numerous other subcontractors and suppliers to benefit as well," he said.

"The Gore Multisports Complex revamp involves two projects - replacing the existing roof and ventilation system at the aquatic centre and replacing the roofing and skylight over the stadium, which has degraded over time.

"This work could be under way within three months and will employ local contractors during the construction period, which has a positive roll-on effect for the wider community."

"We’ve got a small ratepayer base," Mr Patterson said.

"This will make a big difference in terms of being able to maintain those facilities and not impoverish particularly our older fixed-income [residents]."

"This will enable us to deliver a state-of-the-art library ... about 18 months sooner than we were planning and at much less cost to ratepayers," Mr Hicks said.

"We’ve got a few challenges in this community in terms of infrastructure but to have support from Government at a high level is really encouraging and I know long-term this is going to pay off and deliver some real dividends for us as a community."