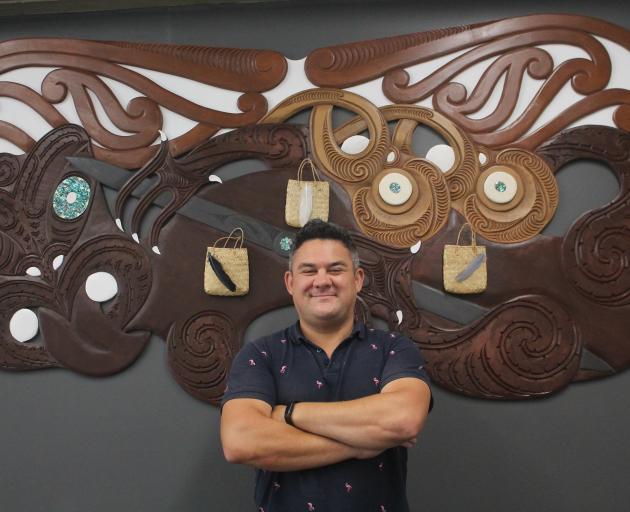 Mr Coote said about 80% of children living in Bluff identified themselves as Maori.

"This is quite a high number if we compare it with the country’s average. And we want these kids to feel proud about the place," he said.

"The signs would help us to enhance the awareness and increase the mana there."

The idea was not only to translate words, but also create plates explaining the story of the place.

They would like to create a kind of cultural trail in the town for people to follow, while also learning about their own history.

This would also be important to clarify many of the meanings of some Maori words.

"There are so many different words, so many meanings. Sometimes the English equivalent might have some similar meaning, or another is just a wider meaning.

He said Bluff had a lot of history and the project would fit perfectly with the planned rejuvenation of the town.

Last year, the Invercargill City Council endorsed a Bluff Tourism master plan which supports the revitalisation of the town during the next 20 years.

Being a "Bluffie" himself, Mr Coote felt lucky he had the opportunity to learn the language while at school.

Te reo Maori was seen, heard, learnt, and spoken as part of everyday life and the bilingual signs were a simple yet highly visible example of that, he said.

"We just want the youth to recognise their whakapapa ..."

Mr Coote and Ms Topi spoke about the project with Awarua Runanga representatives, who supported them and helped them with initial inquiries.

They also wanted to hear from the wider community and hear about any ideas which could enhance their project.

Then they hoped to present the project to the Bluff Community Board and Invercargill City Council for approval.

He would love to see the project expand to other areas in the region, but at this stage, was focused only on Bluff.

I suggest we might think about producing all official place signs (towns, rivers, maunga etc) from now on in both te reo Maori and English. That would surely be acceptable to everyone, promote biliingualism, add cultural depth to our perception of a shared land with many histories, and emphasise a fundamental point of Aotearoa New Zealand's distinction to overseas travellers?