A bus carrying 20 passengers crashed on the Te Anau-Milford Rd yesterday morning after the driver tried to avoid two cars stopped in the middle of the road.

The crash happened about 10am, 10km north of Te Anau, after a 42-year-old Chinese male driving a Ford Focus with one passenger had stopped in the middle of the northbound lane.

The vehicle was unsighted by the bus driver until he had crested a small incline in the road.

The Focus was stopped behind a second vehicle carrying four adults and two children whose driver was seeking an area to pull over to attend to a sick child. It is understood neither of the vehicles were indicating their intentions to pull over.

The Alps bus company driver swerved to the right to try to avoid hitting the two stationary vehicles and crossed the centre line before hitting a deer fence, causing moderate damage to the bus.

The bus was carrying 18 tourists, a tour guide and an interpreter.

A female bus passenger sustained a minor abdominal injury, believed to be caused by hitting the armrest of her seat. She was attended to at the scene by Te Anau St John Ambulance staff and did not require any further treatment.

Te Anau police and fire brigade also attended the scene. Senior Sergeant Cynthia Fairley, of Western Southland, said had the bus driver not veered right, the situation would have been ''extremely serious'' and the two stationary vehicles would have borne the brunt of a collision.

''The injuries would have been far more serious.''

She said alcohol was not a factor and the weather at the time was fine.

In Queenstown yesterday, a car driven by a 26-year-old Chilean woman on her way to work crashed into a parked bus at 6.15am near the Heritage Hotel in Fernhill. Sergeant Mark Gill said alcohol was not a factor. The woman was taken to Lakes District Hospital with minor injuries and inquiries are continuing. 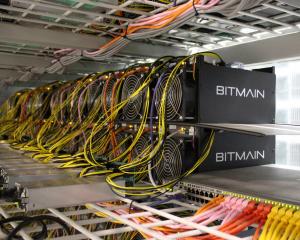