Buzzsaw Banks back for Southern Rumble 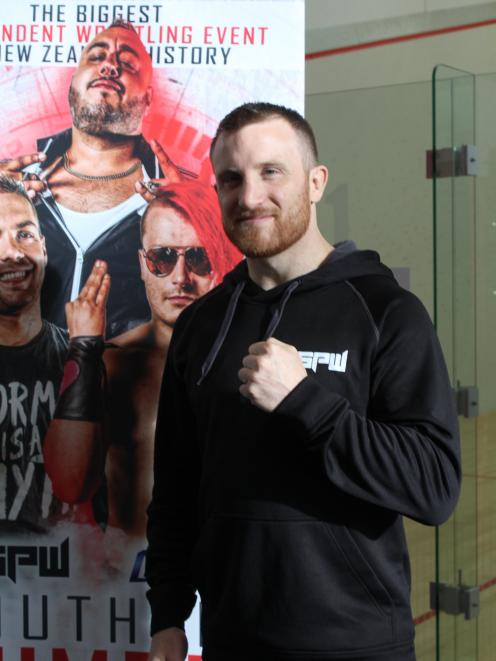 After being back in the country for a week, Banks is hoping to have recovered from jetlag before the big event.

Based in the UK, he is a WWE Superstar - and after four years on the other side of the world, this was the first "real" trip home.

Another reason to look forward to the coming weekend was seeing his parents, who would be flying down to meet him and watch the event.

"They're pretty supportive,"he said. "They came over when I won the UK title."

Originally from Bulls, near Palmerston North, Banks (32) first developed an interest in wrestling when he was 9 years old - "I have literally not stopped thinking about it since."

After studying drama and playing sports in high school to prepare himself, Banks made his debut in 2009 - making it a decade-long career.

It was not all smooth sailing however, as his introduction to training turned out to be a bit of a con.

"It was too good to be true and I didn't know any better."

It transpired the man who offered him the place on the "professional course" based in Petone, Wellington, just wanted someone to do the chores like mowing the lawns.

It was actually a troubled youth course, Banks said, and the man who offered him the place needed more people signed up to receive government funding.

From there, Banks spent the first two years of his career living in a rail cart.

"I thought it was going to be like Karate Kid but it wasn't. I just got conned."

He's come a long way since then, and now gets stopped on the street as he is recognised as The Kiwi Buzzsaw.

One instance of this was when he was recently in the United States. "I went into a sandwich shop, gave my name and the guy winked and said: `I already know who you are Travis'."

This isn't Banks first trip to Invercargill, as he took part in Southern Pro Wrestling NZ's first show. "It's like a full circle moment."

Even though he is working for WWE, he had asked to be able to participate in the Southern Rumble for SPW once more, "because it is important for New Zealand and professional wrestling."

While in Invercargill he had been taking the training school for SPW.

"It's cool to pass knowledge on to up-and-comers." he said.