Call for prohibition not restriction 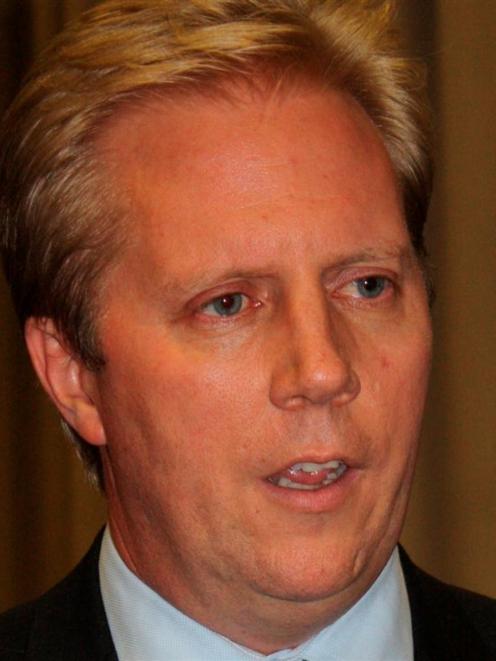 Todd McClay.
A new law which is about to ban almost all sales of synthetic drugs is hailed by its sponsor as world-leading legislation, but Associate Minister of Health Todd McClay had trouble conveying that to those at a public meeting in Invercargill on Monday evening.

The meeting, attended by more than 130 people, was organised by Invercargill city councillor Lindsay Thomas, also the city's truancy officer, with the specific goal of gathering support for an outright ban of ''legal highs''.

Speakers told of city outlets which regularly sold to teenagers despite the minimum age for purchases being 18, of the highly addictive nature of the drugs, of addicts resorting to crime to buy their next fix, of increased admission to hospital emergency departments and mental health services, and of young people going crazy at home and in the classroom when they were high.

Mr McClay, the MP for Rotorua, who became the sponsor of the Bill when Peter Dunne was demoted a month ago, said the legislation would permanently remove synthetic drugs from sale in dairies and petrol stations and would put the onus back on manufacturers to prove their products were ''low risk''.

Only products tested and deemed to be low risk would be sold, and they would only be able to be sold in specialist ''legal high'' shops which would be strictly controlled.

But it was clear his often fiery audience did not believe the legislation went far enough.

A man said allowing specialist shops to continue to trade with a licence provided a loophole which would still enable people to buy synthetic drugs.

After the meeting, Mr McClay said the response from Invercargill people did not surprise him.

''I saw a very concerned and passionate community.''

He did not disagree with anything they said, but enacting legislation was a complex and difficult task and banning synthetic drugs outright was not possible.