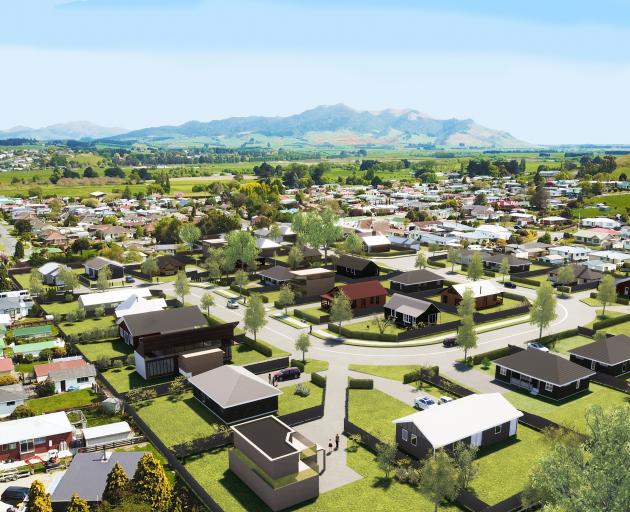 Fifteen sections at the new subdivision went on the market last week.

The high level of interest proved buyers had no concerns over the land, he said.

‘‘Stormwater management was a massive part of why we had some delays in design to get it right.

‘‘There’s going to be a complete de-watering of the site.

‘‘We sacrificed a couple of the lower-lying sections and made way for a stormwater attenuation. It’s been fully professionally designed by WSP Opus.’’

The council had worked with the engineering consultants previously when the land was purchased in 2016, Mr Parry said.

If they had advised the land was not suitable for housing, ‘‘we wouldn’t have gone anywhere near it’’.

‘‘I don’t think Facebook warriors qualify a proper opinion about this versus a professional, well-respected national engineering company.’’

The associated costs would be covered by Wilson Contractors, who had partnered with the council for the project.

‘‘Under the joint venture, revenue will be shared in proportion to the financial contribution of each party,’’ Mr Parry said.

The council’s contribution was about $1.15million.

The strong response to stage one was likely to see the release of stage two before next winter, he said.

‘‘We were confident there was pent-up demand, and we would see several sections under offer in the first few weeks. But to have 75% of sections under contract in 24 hours is well beyond our expectations.’’

First National Gore real estate business owners Graham and Tara Maxwell said there was interest locally and out of town, from both first-home buyers and developers.