0 Comments
In the 1930s, the McRae and Nash families might not have seen eye to eye on whisky distilling.

Sir Walter Nash was the minister of customs and excise whose staff were combing the Hokonui Hills looking for illicit whisky distillers and Mary McRae’s family were continuing the distilling she had begun in the late 1890s.

However, yesterday two of their descendants, Minister for Economic and Regional Development Stuart Nash, great-grandson of Sir Walter, and Bill Stuart, great-grandson of Mrs McRae proposed a toast at the unveiling of a still which is part of the newly refurbished wing of the Hokonui Moonshine Museum in Gore.

It was the official opening of the wing which tells the story of the illicit whisky brewing which happened nearby until about the late 1930s.

Mr Nash thought his great-grandfather, who went on to serve as prime minister, would see the irony of the situation.

"I think he would would be raising his glass and winking and smiling," he said. 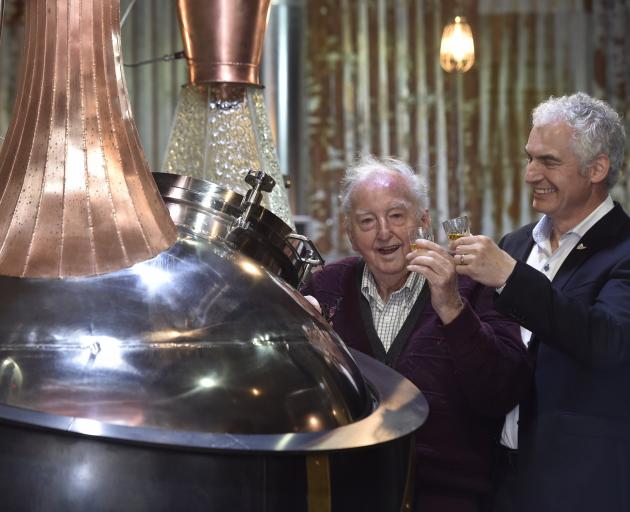 It was important the history of an area was told, he said.

"I truly believe that successful communities are successful when they tell their stories.

"People love hearing them ... and people come from all over the world to hear our stories."

At the opening, guests received a reprint copy of The Satyrs of Southland, written by Mr Stuart, of Invercargill, which describes the adventures of many of the illicit whisky distillers, including Mrs McRae.

Mr Stuart reflected on how times had changed.

"Now we are in comfort to enjoy a dram ... without fear of retribution.

"Our ancestors would hardly comprehend that now we celebrate the opening of a still."

The distillery is part of stage one of the Maruawai Cultural Precinct project, which received a $1.6million grant from the Government’s former provincial growth fund in 2019.

The whisky was made according to a recipe handed down from a McRae family member.

"Locally grown barley will be processed and put through the still with spring water sourced from the Hokonui Hills.

"Other local flavouring agents, including honey and native flora, will give the resulting spirit a unique taste."