0 Comments
Firefighters from throughout the South Island pitted their firefighting skills against each other at Mataura on Saturday.

The United Fire Brigades’Association of New Zealand’s (UFBA) South Island Waterway Challenge attracted 38 competitors from as far away as Greymouth.

Wyndham A won the two-person team competition and Kaitangata the four-person contest.

UFBA official Jason Prendergast said the challenge tested how fast and efficiently firefighters could attach hoses to a water hydrant or connect to a water source and get the water to a fire.

The waterways challenge was one of four events the association ran. 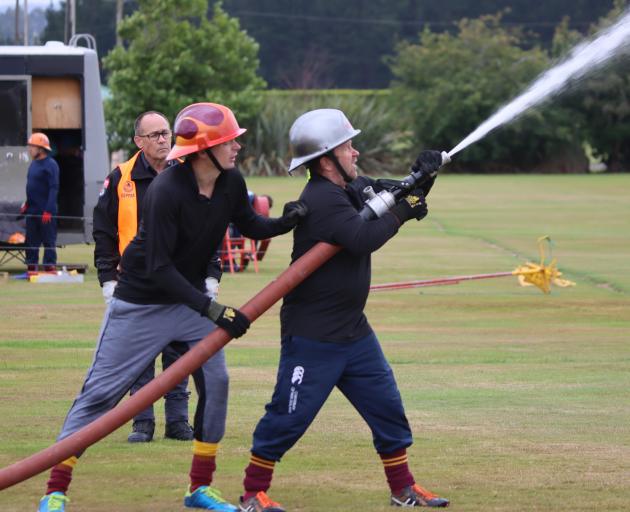 Mr Manson said he had been competing in the event for about 30 years.

It was “the challenge to win, to compete and to be with our fellow firefighters” that kept him coming back year after year.

“Everyone’s striving to be better than they were last week. What we do and learn here, we take it to the fire ground. ”

He had also made many friends as he travelled the country taking part in the competition, he said.