A good reason to stop in ... Winton 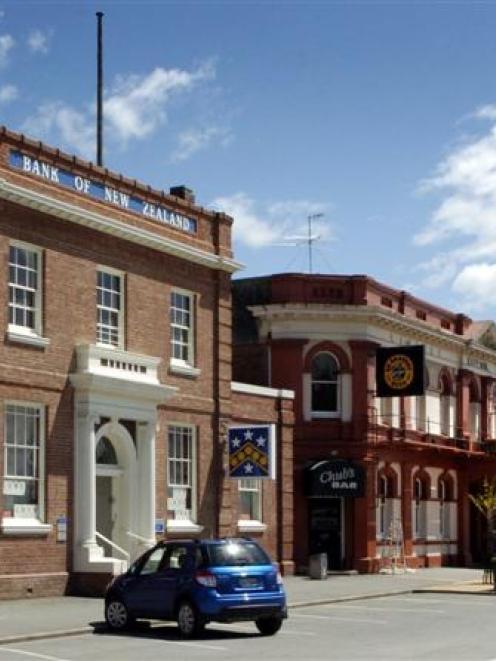 Great North Rd in Winton. Photo by Gerard O'Brien.
Until a few years ago, Winton was like any other small town in New Zealand, a place holiday-makers travelled through on their way to their destination.

Today, it is the destination.

Twenty minutes north of Invercargill, Winton, with a population of 2100, is Southland's answer to Hollywood's Rodeo Dr . . . well, almost.

Even so, it is a fantastic place to spend a day shopping.

It has six gift shops, a smattering of boutique and reputable label clothing stores, a shoe store, children's gift, toy and clothing shops, a jeweller and at least three cafes which would not look out of place in Auckland's Viaduct.

Most of the shops are open seven days, but because the town is a popular destination for day shopping excursions, most will open for groups on request.

Self-confessed town stirrer Gillian McFarlane said she did not think twice about opening her gift shop, Country Matters, in Winton in 1990.

Since then, business has steadily increased as more retailers open and word spreads.

"It doesn't just happen. It takes a community approach."

Ms McFarlane has travelled extensively and said Winton was an example of what was happening in many small towns around the world.

"Destination shopping is not unusual in other places. It's usually towns that are within about 20 minutes of larger centres."

She believes it was the arrival of the Magnolia Tree Cafe and gift shop With Grace about 2004 that really put Winton on the shopping map.

Debs Ryder, of With Grace, said she also never had any hesitation about opening her gift shop in the small farming town.

"When I think about it now, it was probably quite brave or maybe stupid, but I just never thought it might not be a good idea.

"I was born and bred here, got married, had children. I just did it," she said.

With Grace has recently moved into a larger building, and the space she vacated has already been filled with another retailer - a men's clothing store which stocks labels such as Doosh and Ben Sherman.

Despite most of their Auckland friends being shocked at their decision - and most not even knowing where Winton was - the couple were ready for a lifestyle change.

After arriving in Winton they quickly realised there was a gap in the market for a specialist children's store.

"There were already a lot of people coming to Winton for the shopping. We had two young kids, so opening it in Winton made sense.

It is a sentiment echoed by other retailers in Winton.