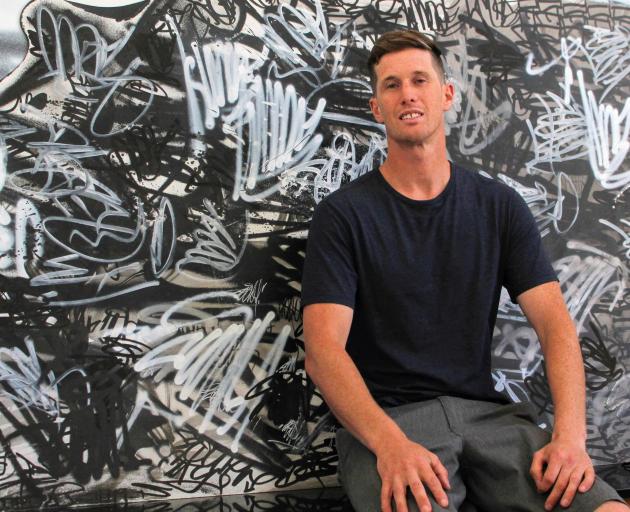 Recognised today as the southernmost graffiti artist in the country, the Invercargill man said he had always been fascinated with art in general and used to draw sketches on his notepad when he was a boy.

However, the lack of role models in the art field led him in another direction, which he described as a "rocky path".

It was after an extended trip to California to stay with his father that Deow’s life completely changed.

He was about 16 years old and remembers the impact the street art scene in Los Angeles had on him.

"Growing up in Invercargill was good but it did not have much of this street art culture here. We had only two murals in the whole town."

He said he started to learn about graffiti in Los Angeles and his father, who worked in a panel and paint shop, gave him access to spray paint.

His art evolved after he returned to New Zealand.

He started to connect with graffiti and street artists around the country, learnt from them and created his own style.

"They gave me the inspiration and drive to be an active artist."

With 20 murals in his portfolio — including New Zealand’s tallest, at the Kelvin Hotel in Invercargill — Deow wanted to inspire new generations in Southland.

"I want to show that it is possible to be a street artists wherever you are if you put in effort and work on it."

In 2018, he created and promoted the first edition of the South Sea Spray street art festival in Riverton. The success of event was such that Deow decided to take concept to another part of the region.

Next week, he and 14 of New Zealand’s "best and founding" street artists will take to the streets of Bluff for the second edition of the South Sea Spray — Motopuhue.

From Monday next week, each of them would be painting a large mural in Bluff township and people could watch the artworks being created.

"The theme is artistic freedom, but it is up to the artist make a conscious effort to paint something that is relevant to Bluff.

"I feel blessed to share friends’ talents and work from people who were my inspiration when I was younger."

Original artwork from those participating would also be part of an exhibition at the Lighthouse Gallery in Bluff from Saturday, February 20, as part of the community festival.

Deow said people would have the chance on this day to vote for their favourite mural and the winning artist would receive a prize.

Workshops for young people from the Bluff community would also take place in the gallery throughout the week.

Deow said he was discussing holding South Sea Spray in Invercargill and Gore next year.

"I think what we are doing is probably the biggest and highest impact public art installation that Southland has ever seen.

"It was always my plan. I wanted to bring a bit of edge or some urban culture to Southland because it never had it."