Homer Tunnel may be widened 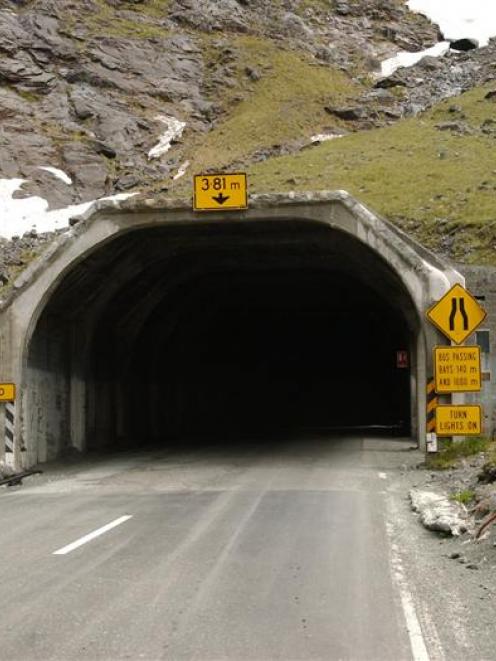 The eastern portal of the Homer Tunnel. Photo by Craig Baxter.
The New Zealand Transport Agency is considering widening the Homer Tunnel on the Milford road (State Highway 94) between Te Anau and Milford Sound.

"I would like to see the tunnel widened. It is important to tourism in the area, but it is also a matter of safety. One day there could be another bus fire in there, and a wider tunnel would allow for a pedestrian walkway along the side, to be used in case of an emergency," Mr Richards said.

The work is still at the planning stage, with the initial investigation scheduled to be completed in October.

After the meeting, he told the Otago Daily Times the NZTA had been presented with various options for improving safety in the tunnel, but said widening it appeared to be the "preferred option so far", although no final decision has been made yet.

After October, a tender process for the design of any chosen upgrade will be carried out, and funding would have to be allocated.

Mr Richards indicated work on the tunnel could start within the next financial year.

The Homer Tunnel runs beneath the Homer Saddle within Fiordland National Park.

Construction began in 1934 and, following delays during World War 2 and for avalanche damage, it opened in 1953.

At the height of the summer tourism season it is used by more than 100 tour buses a day.