The risk of an intervention by the Department of Internal Affairs (DIA) at the Invercargill City Council has been reduced to almost zero, an independent observer says.

Jeff Grant and Lindsay McKenzie were appointed last year to work with the council in its efforts to improve its governance following an inquiry by the DIA last year.

Both men will next week provide the first report to the council on progress made by the governance group.

Speaking to the Otago Daily Times yesterday, Mr Grant said he and the DIA were satisfied with the work done to date.

He had met DIA representatives in Wellington on Thursday, and said they were happy with what the council had achieved.

Mr Grant said the council was showing good progress on its issues and, unlike other councils, was already working to address problems instead of still trying to find what needed to be done.

"To be honest, a lot of people are quite surprised with how much activity there has been in a month and how much we have progressed to date.

"My impression was they were pleased with the progress and I think the risk of a DIA intervention has been reduced to almost zero."

Mr Grant said the plan he and Mr McKenzie had put in place was to address issues highlighted in the independent governance review by Richard Thomson, which exposed the dysfunctionality at the council last year.

Five working groups had been formed by council staff and councillors.

Those included one for reviewing strategic projects and supporting the preparation of the council’s long-term plan; another for ensuring best practice systems, processes and procedures were in place; and one for reviewing and implementing a training programme for elected members.

There was also a group formed to clarify the role and functions of deputy mayor Nobby Clark and ensure support for Mayor Sir Tim Shadbolt and chief executive Clare Hadley, and another to develop media protocols to help councillors.

Mr Grant said "without a doubt" media protocol was one of the more challenging areas in which work was needed.

A report about the role of the deputy mayor required more work and would be presented to council in March.

He denied reasons for the delay being the potential for a clash between parties.

"I can say that to date, all parties have been working pretty solidly towards their focus."

There was a change in the mood around the council table — the atmosphere was more positive, he said.

"Councillors have expressed to us that it is a much more positive workplace than it was.

"To date we are not running towards roadblocks — but we never know how it will be the next week." 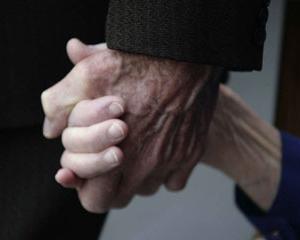