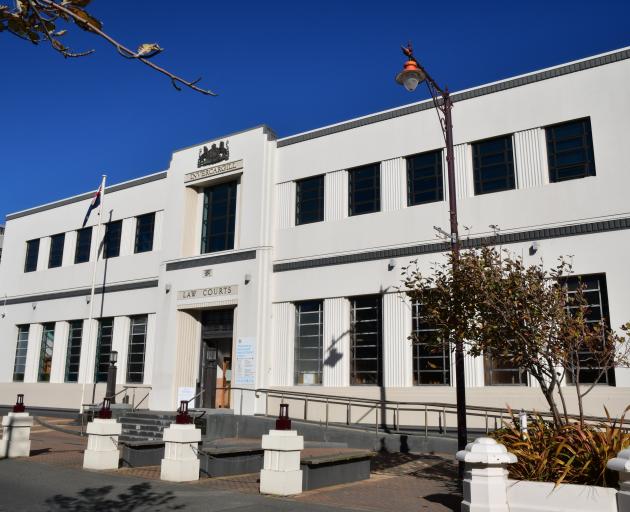 Invercargill District Court. PHOTO: ODT FILES
A Gore man will be jailed for almost a decade after sexually assaulting and taking photos of three girls aged between 7 and 11 years old.

Garth Alexander Peters (41) was sentenced by Judge Kevin Phillips in the Invercargill District Court yesterday to nine year’s imprisonment after pleading guilty to 10 charges, including sexual connection and indecently assaulting a girl under 12 years old.

The judge told the man his action would have an enormous impact in the life of these "young vulnerable" girls and labelled the instructions he gave to his defence lawyer as the "most disturbing".

The man told defence lawyer Roger Eagles that he did not feel resistance from the victims, and among the explanations for his offending, he said he was in love with one of them.

The fact Peters did not see the difference between a child and a partner was worrying, the judge said.

The summary of facts states the offending happened between July 2010 and December 2013 and it would often involve one or more of the girls at the same time, the document says.

He would photograph and video his offending against the girls, footage which police used to gain evidence of his acts.

Crown prosecutor Mike Brownlie said the offending had a high degree of premeditation, was frequent and it meant an enormous breach of trust as the girls were at his property when they were in his care.

Peters always locked the door and offended when no-one was at home, he said.

Mr Brownlie said he could not accept the defence’s theory that the videos and pictures were taken accidentally and there was a "willing engagement" from the victims as submitted by the defence.

"It is impossible — on my submission, sir — for a young girl of that age to have any willing engagement."

The judge agreed with Mr Brownlie and asked the lawyer to explain what he meant.

Mr Eagles said he submitted this in response to a Crown submission saying that grooming should be an aggravating factor for the offending and asked the judge to be careful about that.

He meant to say they were physically agreeable, which was quite an unusual situation and that was why he included some parts of what the girls had said during their police interview in his submission.

"[I am] not suggesting for any moment that they were giving any kind of informal consent."

Mr Eagles also said his client told him he had a computer in the room which he left recording because he had suspicions people were entering his room, but the judge did not accept this.

He sentenced Peters to nine years’ imprisonment and ordered that all the devices which contained photos and videos be destroyed and that Peters be added to the Child Sex Offender Register.