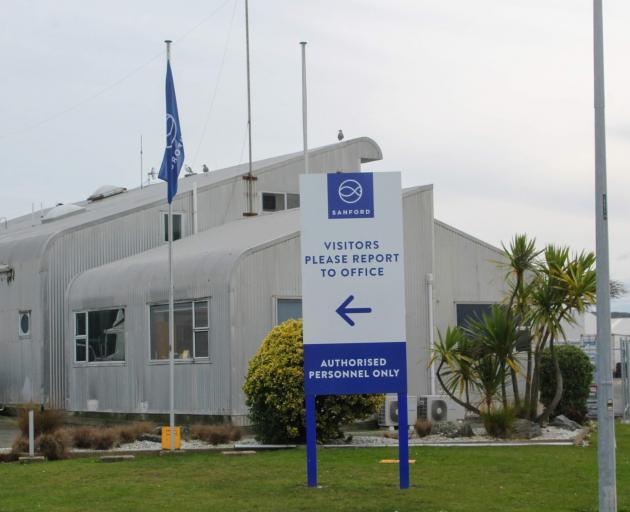 Sanford in Bluff. PHOTO: ODT FILES
A pay rise for Sanford's Bluff workers has been described as a "bittersweet" victory.

The employees will receive an increase of between $2.80 and $3.80 in their hourly rate, which will mean 98% of Sanford's Bluff workers will be earning the living wage or above.

The majority of employees earn the minimum wage: $17.70.

The 17 workers who lost their jobs in July because of changes at Sanford's processing sites will also receive backpay at the new rates up to their last day of employment.

"This is a fantastic victory for our members, but it is also bittersweet given we just had 17 job losses."

Sanford Bluff delegate Linda Bevin said the pay rise would make a huge difference to the workers' lives, and also increase the confidence in the company.

"We had a big loss but, finally, we had some good news. It is a breath of fresh air and also gives us more faith in the company. They listened to us."

She said the negotiations were valid for one year.