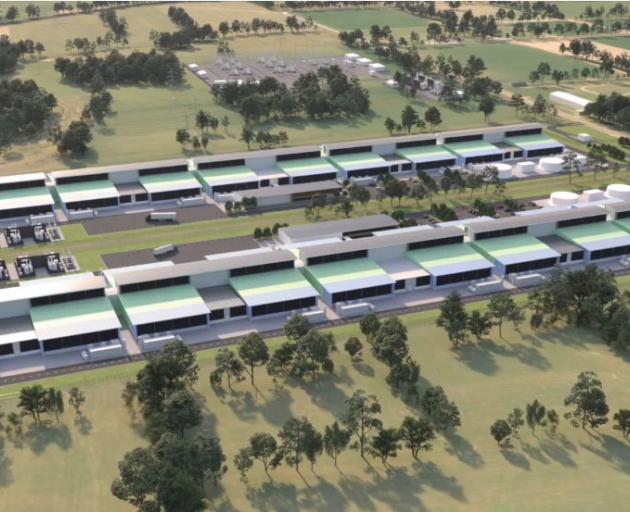 Datagrid chief executive Remi Galasso, who is behind the multimillion-dollar project, confirmed the purchase of a 43ha site in North Makarewa, near Invercargill, where the cloud-computing centre will be built.

Mr Galasso declined to disclose the cost of the land, but said he believed the whole project could cost up to $2billion as the site had space to build up to 15 modules, each one costing about $150million.

"Datagrid will be a modular construction. Each module will represent 6500 square metres and use 10MW of power" he said.

He believed Southland was the perfect location for the project as the global digital industry had been looking for sustainable solutions to store data.

The region had the "main three ingredients" to make the project feasible — access to hydro power, cool weather and a safe environment.

However, the lack of international connectivity was a limiting factor he hoped to address with another project.

"This is the reason why we are planning to build the Hawaiki Nui submarine cable connecting Christchurch, Dunedin and Invercargill to both Sydney and Melbourne, and then Singapore to the west and USA to the northeast."

The data centre would be entirely powered by hydro-electricity from Manapouri, picking up "the slack" from the Tiwai Point aluminum smelter, Mr Galasso said.

"Data centre carbon neutrality is a must for the industry, and we think Invercargill definitely has natural advantages and a regional role to play. We will do our best to make it happen."

The whole project would benefit the community as it would generate hundreds of jobs, he said.

"Depending on the numbers of modules we will build, construction might require up to 700 workers. In operation, we will have approximately 25 direct employees and additional subcontractors."

Datagrid would apply for resource consent from the Southland District Council later in the year and he hoped to have the project "up and running" by the end 2023, Mr Galasso said.