Significant global developments in green hydrogen have reignited the possibility of a manufacturing plant being set up in Southland.

Thursday’s announcement by Meridian Energy and Contact Energy that they were calling for registrations of interest in the next two months to garner interest from large consumers, producers and associated service providers of green hydrogen is seen as the next step in a plan which is continuously gaining traction and confidence.

Great South strategic projects general manager Steve Canny said that between 2007-09, the agency had looked at hydrogen as a future fuel for heavy transport and also as a possible industry which could be developed. 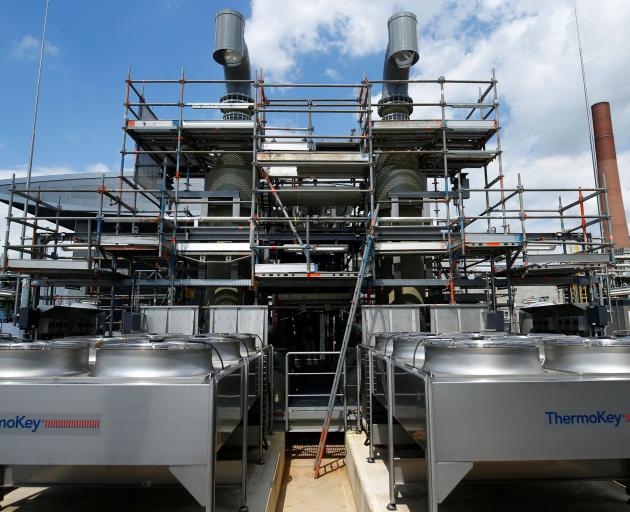 One of the world’s first ‘‘green’’ hydrogen plants, Refhyne, built by the oil and gas company Shell in Wesseling near Cologne, Germany, will produce green fuels as part of a European Union-funded consortium. PHOTO: REUTERS
However, a decision was made at the time the world was not really ready for hydrogen as a transport fuel.

Climate change was making companies look at their transport fuels and decarbonisation, he said.

"So the obvious choice for many is the purchasing of green hydrogen that has been produced from renewable energy sources and that’s what’s really driven this interest in hydrogen as an export."

The Rio Tinto announcement early last year indicating its desire to close the Tiwai Point aluminium smelter down in 2022, and then further extending its closure to 2024 had many global and national proponents of hydrogen looking at Southland and the power from Manapouri for production, Mr Canny said.

Great South had been advocating to have an industry in place when Tiwai closes.

The development of a large data centre in Southland would use some of the energy from Manapouri with the balance of the energy available for other activities, he said.

Industry such as silica refining had been discussed previously, however it seemed hydrogen was coming to the fore both nationally and internationally, he said.

Great South had been working with parties who were investigating hydrogen as a potential industry in the South, providing background information, planning and logistical support.

Mr Canny had been speaking to representatives from those involved in green hydrogen technologies, those who had an interest in capital investment and production of hydrogen from governmental to industry supply-chain level.

"What’s really happening is that while we don’t have a lot of exposure to this in New Zealand there’s a very substantial change afoot in many of the Asia-Pacific region countries as well as Europe.

"So there’s a desire to decarbonise transport and with that comes a desire to import fuel, a green hydrogen from a country like New Zealand that has high levels of renewable energy."

The aim had to be for New Zealand to also to work towards its own fuel independence, he said.

"While it might be an export product initially, it should be that it helps pay for the vast amount of investment required to produce hydrogen in the first instance, but ultimately you’d like to see that fuel being funnelled into domestic use once we’ve got infrastructure and storage and dispensing capability in place."

While he would not say if Tiwai was the ideal location, Mr Canny said the delivery of power from Manapouri to Southland and a lot of the infrastructure the smelter required was similar to the requirements for a hydrogen facility.

"So, you know, a location in southern New Zealand is a natural choice."

While Great South had advocated for the retention of the smelter, the organisation had to look at the ability to transfer jobs from one industry to another and create a sustainable long-term future for Southland, he said.

Both industries had similar staffing requirements including chemical engineers, process workers, and export, procurement and logistics staff, he said.

"Not necessarily the same scale, possibly a little bit less, but in terms of a long-term, clean industry it’s a very positive type of industry for New Zealand and certainly for Southland."

Timing of the opening of a green hydrogen plant would depend on the initial scale of the project.

A small-scale operation could be delivered in two to three years with the capability to increase investment and scale long term, he said.

Some substantial global companies had already expressed an interest in hydrogen production and the associated commercialisation opportunities and supply.

"All of these things — if they come to pass at scale, with the parties that are interested, then I believe there is a very high potential for a very successful industry being created."

A real positive about green hydrogen was the nature of the industry itself — the production of hydrogen was a clean process.

"There’s no residuals, no nasty chemicals or emissions or otherwise that quite often come with the establishment of industry," Mr Canny said.

"We can’t underestimate the potential of that it’s a perfect industry for the environment, and of course the decarbonisation advantages that come from using it using green hydrogen as a fuel or energy source are a double-whammy because effectively you’ve got a non-carbon producing use of that fuel source."

There was a chance that, like when the smelter was built , the increase of skills, knowledge and capabilities of local workers would grow as a result of international expertise that was likely to come from around the world, Mr Canny said.

"I don’t imagine there is going to be any major difficulty in that happening in another industry — I have no doubt it will happen over the course of time, no question."

As each of the milestones were achieved by proponents of the project, and they provided good insights into the global and New Zealand opportunity, every step was a step in the right direction, he said.