By Laura Smith
0 Comments
Although an upcoming annual book sale focuses on supporting the community, the man in charge says it is also a bit of a get-together.

He attributed the large numbers to the club not being able to hold a sale last year and more people who were going into rest-homes deciding to donate their books, which boosted the stocks. 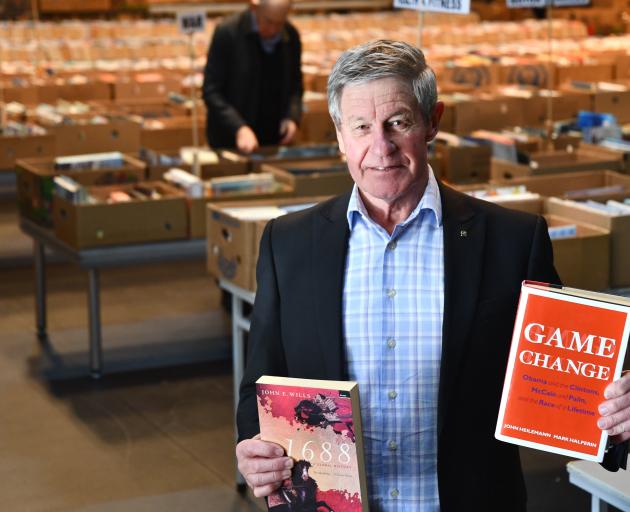 PHOTO: LAURA SMITH
It was a popular event, he said.

"Two years ago, a lady came up to me ... in her view this was the last major community project Invercargill has as a city and thanked us."

He agreed with her assessment, saying, "I think it is a community at work.

"The books are coming in and we distribute all the profits of the book sale back to the community."

The variety ranged from children’s books to biographies, history, poetry and more.

It was hoped the sale would raise $40,000, but Mr Russell said there were also plenty of costs involved.

The event begins at 4pm on Thursday and goes until 2pm on Sunday.