Spruce up for outdoor education centre 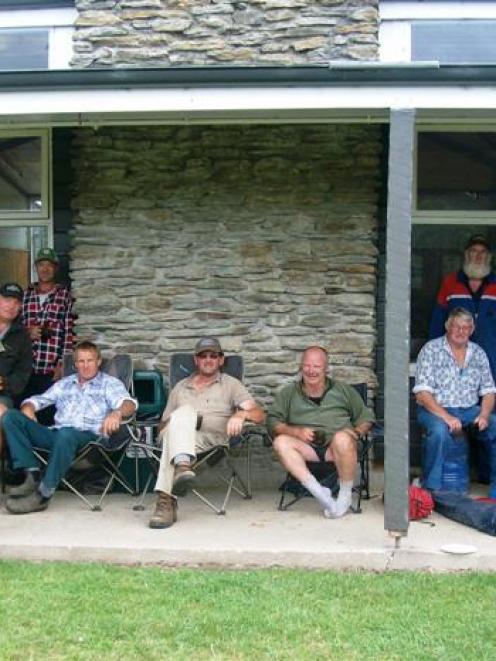 Volunteers take a break during the painting of the Tautuku Outdoor Education Centre at the weekend. Photo supplied.
Scores of volunteers painted a cherished place in the Catlins at the weekend.

The Tautuku Outdoor Education Centre, used by schools from across Southland and Otago, and for weddings and parties, received its second coat of paint on Saturday, 28 volunteers from Tokanui and Owaka search and rescue crews, and Owaka, Tokanui and Wyndham lions clubs pitching in to do the job.

The Otago Youth Adventure Trust's Pam Callahan said that after 40 years of use, the centre was in need of updating. It received a new roof and aluminum windows several years ago.

''We've used it for a number of functions and we want it kept so it's there for future users; it needs to be looked after,'' she said.

''It's just to make sure it's there for the kids, they just love it.''

Mrs Callahan said the centre, which is on public conservation land and available for public use, was eligible for paint under a three year $1.5 million partnership announced in February 2013.

The Department of Conservation's ''Protecting Our Place'' initiative was established to encourage people to paint huts to promote Doc's hut experiences. It also gave communities and clubs the opportunity to paint huts on public conservation land, under a ''community contribution'' scheme.

Mrs Callahan approached Doc, which supplied the group with 480 litres of paint.

Alan Burgess, of Owaka, celebrated his son's wedding and his daughter's 21st birthday at the 112 person capacity centre.

A challenging confidence course, climbing wall, abseiling, kayaking, flying fox and bush sauna helped make the centre popular with young people, who were encouraged to experience nature while there.

He said he was pleased to see how devoted the weekend's volunteers were, some of whom stayed at the lodge overnight.

''Everybody is just heads down and into it, it's bloody great.''