Stars turn out for charity rugby game in Winton 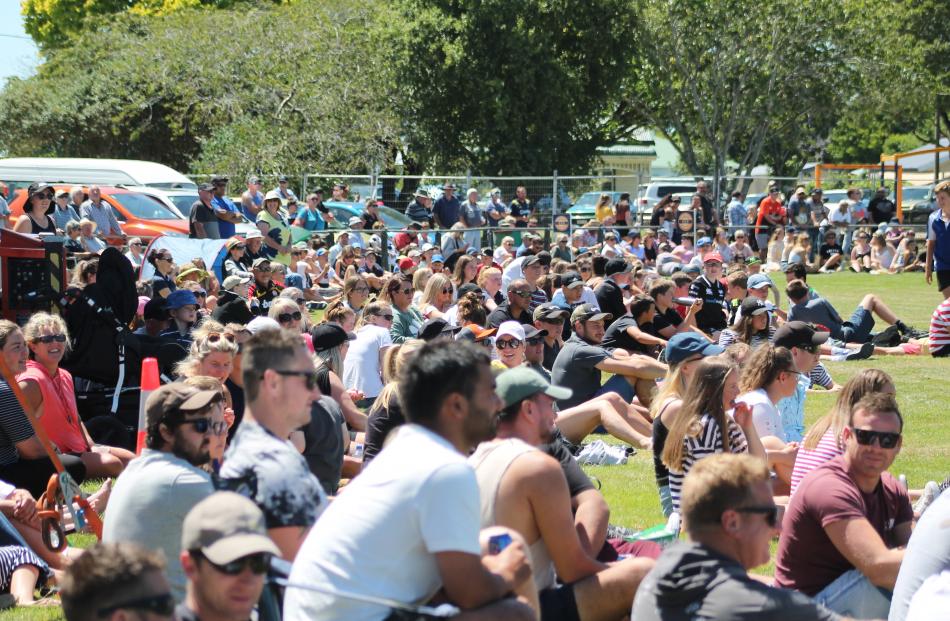 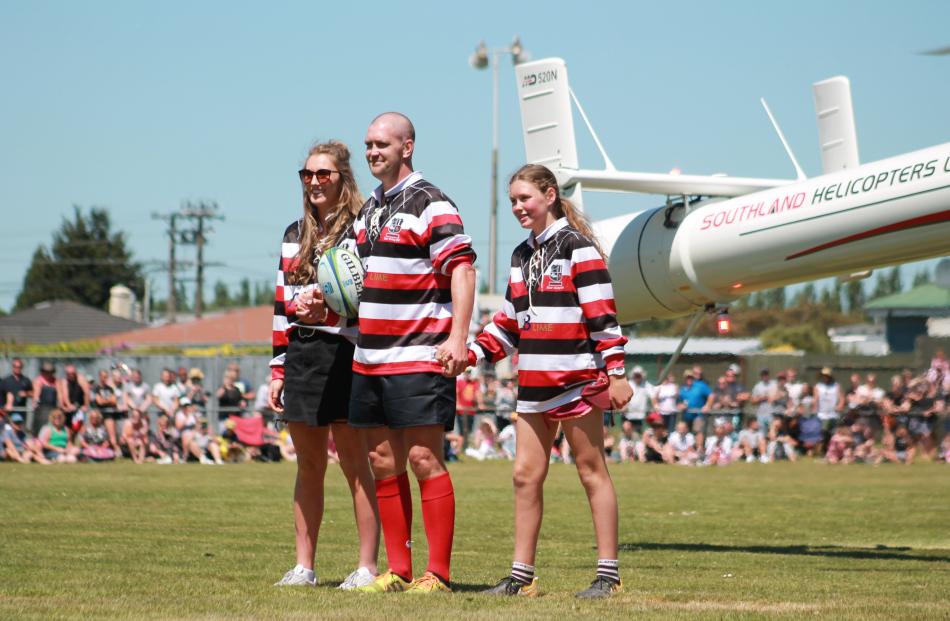 Blair Vining arrives at the game via helicopter with his daughters (from left) Della-May and Lilly. 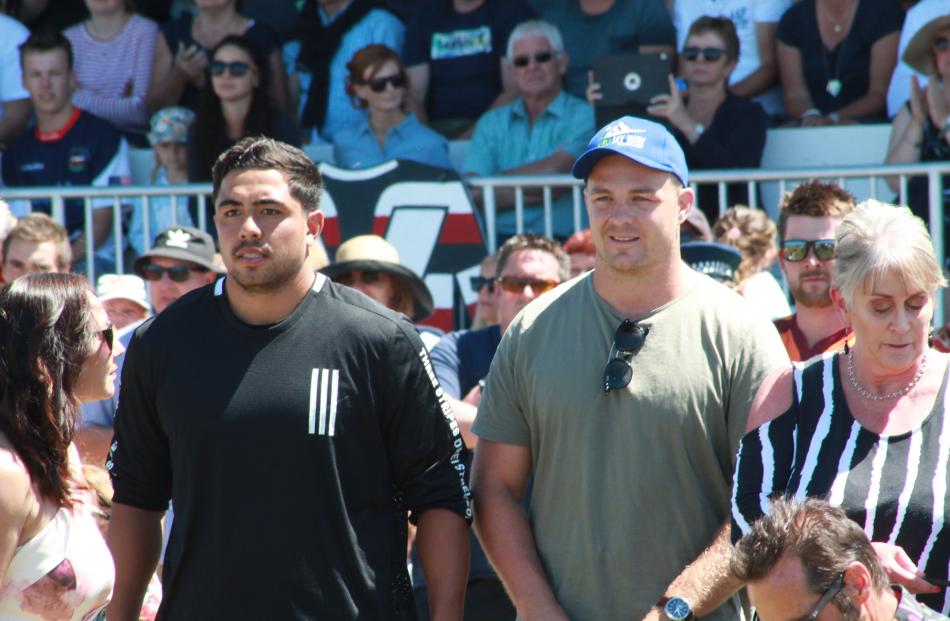 All Blacks players (from left) Anton Lienert-Brown and Sam Cane watch on from the sidelines. 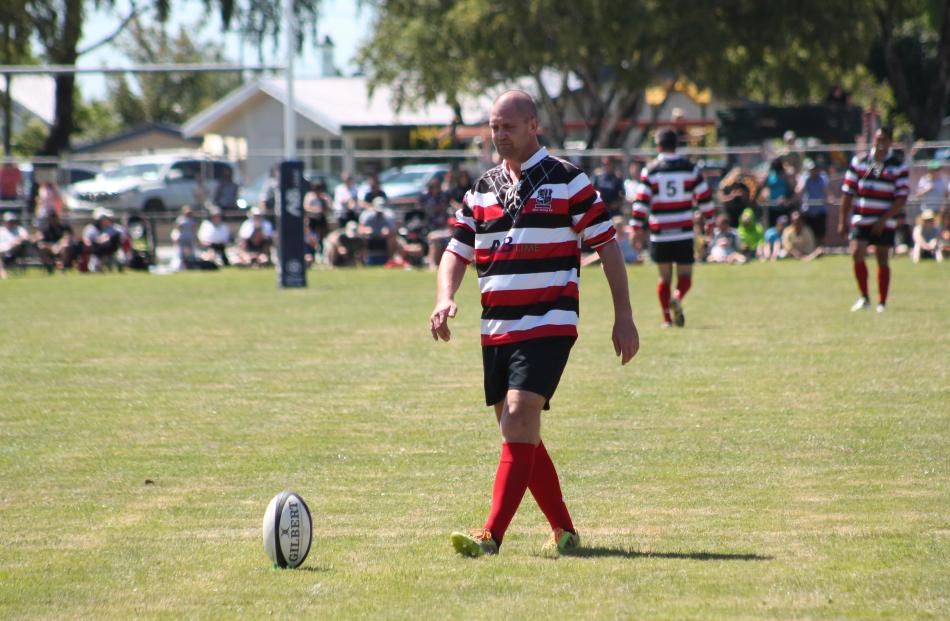 Blair Vining lines up for a field goal during the Blair Vining Bucket List Rugby game in Winton on Saturday.

A simple bucket list request for a rugby match with mates turned into a game watched by 4000 people and attended by some legends of New Zealand rugby in Winton on Saturday.

The Blair Vining Bucket List Rugby Game was held in support of Winton local and Midlands Rugby Club appearance record holder Blair Vining to help raise funds for a foundation set up in his name to support local sporting talent.

Blair Vining lines up for the national anthem with his mother Pauline and All Blacks players (from left) Sam Cane and Anton Lienert-Brown. Photo: Ben Waterworth

Mr Vining was diagnosed with stage four bowel cancer, which spread to his liver and lungs, last year and his idea to hold a rugby game to help raise funds for his foundation exploded into what was the biggest rugby game seen in Winton in quite some time.

The game saw two star studded teams hit the turf including former All Blacks Jimmy Cowan and Mils Muliaina, and was also attended by current All Blacks Anton Lienert-Brown and Sam Cane, who had some last minute drama getting to the game.

"I had some bad luck with flights," he said. "One got cancelled early, then there was a bus ride and another flight and a chopper ride. We made it right on kick off so it was a bit of a fairytale in the end."

Mr Vining's wife and event organiser Melissa was overwhelmed with the offers of support when she announced on the games Facebook page one of the star attractions looked likely to miss the game.

She said she had offers for five helicopters and an aeroplane to help ferry Mr Cane, who is Blair's favourite player, to the game.

"I felt quite tearful when people sorted out the helicopter... I'm not much of a rugby fan so I don't really understand how important it is but just the fact that Sam would get himself on a shuttle and go to Auckland and these local people would step up and get us a helicopter and chopper him in is just emotional."

Mr Lienert-Brown said he wanted to show his support for Mr Vining who he described as a "great man."

"It's a great cause for what he is doing so it's a great turn out and to be here is pretty special."

Despite being told by doctors he wasn't fit to play, Mr Vining took to the pitch on several occasions and was his teams designated goal kicker, receiving rapturous applause every time.

Donations from a variety of community organisations and local businesses had all helped put the event together, with a sold out black tie event held after the game to raise further funds for the foundation which will support athletes at the Central Southland College and give them the same opportunities for further sporting endeavours as they would find in schools in larger population centres.

It is hoped the event will turn into an annual one.