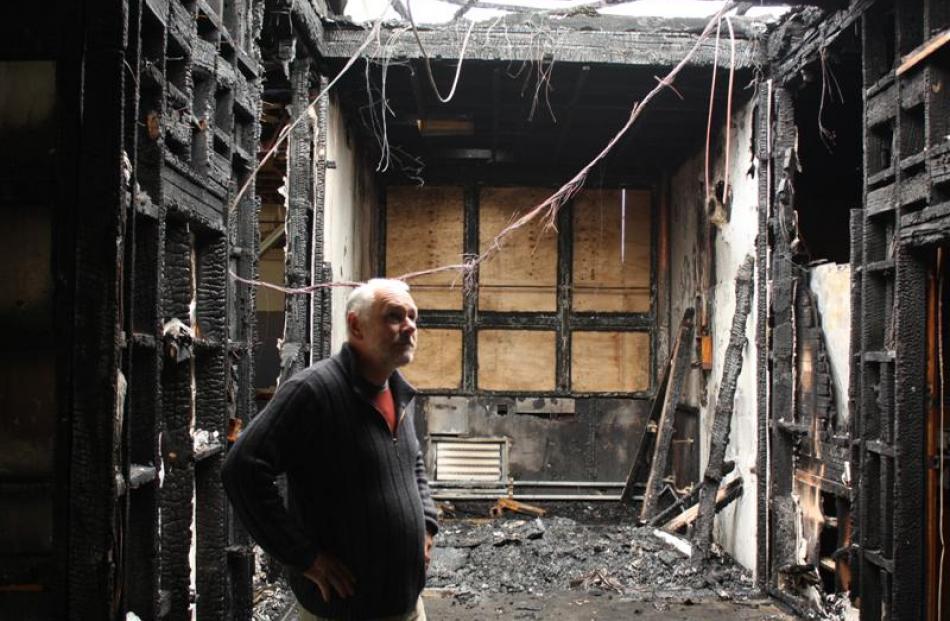 Staff at James Hargest College are determined pupils' learning will not be disrupted by a fire which seriously damaged a classroom block on the senior campus, principal Andy Wood says.

Police and fire investigators believe the fire, which was discovered at 5.30am on January 3, was arson.

Three vacant classrooms were gutted and three more have extensive smoke and water damage. Cabling and electrics throughout the block were also destroyed and a school car parked nearby seriously damaged.

The block was being remodelled into home economics and computing classrooms and about 60% of that work had been completed. Three of the classrooms were to be ready when the school reopens at the end of this month.

It was ''likely'' at least part of the block would have to be demolished and rebuilt, he said.

Staff were already working on contingency plans for housing pupils when school began.

The plans had not been finalised but could include bussing pupils to the junior campus at the other end of Layard St, North Invercargill.

''We will also convert spaces such as the AV Theatre into teaching spaces and utilise small areas for small classes to leave larger classrooms available for larger groups. It will involve lateral thinking.''

Staff were ''deeply disappointed'' about the arson and were doing what they could to help the team, he said.

''This is an inconvenience ... but the kids' learning will not be affected.''

Mr Wood said he was ''absolutely at a loss'' to understand why anyone would set fire to the school.

''I don't understand how anyone could think that was an acceptable action. It is extremely perplexing and upsetting.''

Detective Chris Lucy, of Invercargill Police, said inquiries into the arson were continuing. Police were following up leads and speaking to members of the public who had responded to an appeal for information about people seen in the Layard St area about the time of the fire, and suspicious activity at or near the school.

More information would be welcomed, he said.