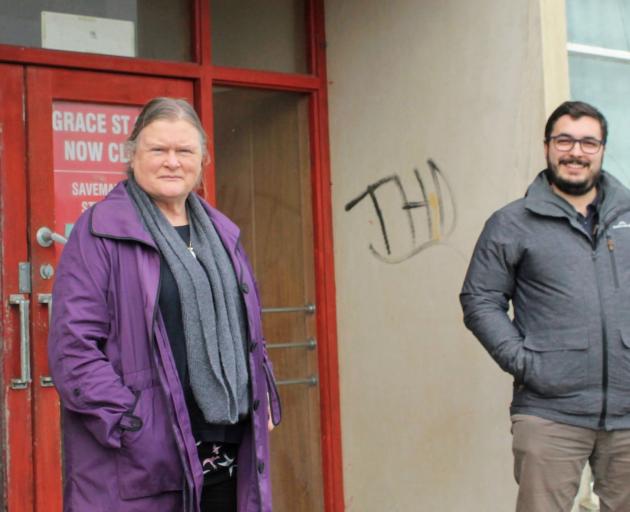 Invercargill Community Connections Charitable trustees Janette Malcolm and Jesse Hall stand in front of the old Grace St Chapel (below) where they want to initiate a community hub called the Saving Grace project. PHOTO: LUISA GIRAO
A volunteer trust wants to create a multipurpose facility in south Invercargill to enhance the resilience and wellbeing of its youth community.

The Invercargill Community Connections Charitable Trust (IC2) carried out a feasibility study and recently was granted $14,000 funding from the Vodafone Foundation for the completion of architectural concept drawings for the project.

Trustee Janette Malcolm said the estimated cost of the project was around $2.4million. The amount would be reviewed after the architectural design was completed.

The goal of the Saving Grace project was to create a greater social connection, cohesion and resilience through a multipurpose community facility in South Invercargill that would cater for youth, arts, community fitness and include a hosted community lounge.

"It is a lot more for us than just providing community spaces to do things. It is about facilitating community resilience and wellbeing."

The trust identified the former Grace St Chapel as the ideal location, but it still needed to secure funding to buy the building, she said.

The idea was to create an indoor hub which would work as an integrated campus with The Pod and The Pantry. 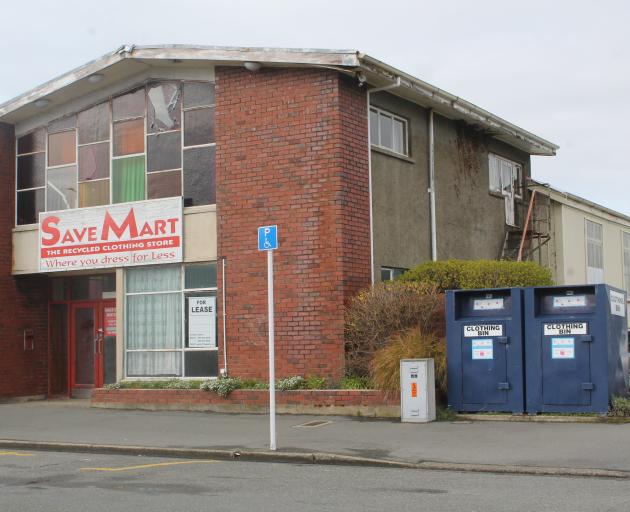 She said the rooms in those community hubs were often completely booked and were smaller.

For example, The Pod was where video game events for the youth were hosted, but only 20 people could be accommodated there, she said.

"In this new building, he [the organiser] could get 70 participants in the larger room and we would still have other rooms."

However, the main idea was to create a lounge for the community to socialise.

"We want to have a place that people could go and know there is enough happening. So they can go there to meet other people and we would have a host there to make that happen, offering a hot drink and introducing people. "

Trustee Jesse Hall has been living in Invercargill since he was 10 years old.

He believed the project would be great for the youth community, as there were not many options when he was growing up.

"There was nothing for me and mates to do after school other than jamming at Queens Park or to play a sport."

On rainy days, the options were even more reduced.

"Just to have an area where youth can go and sit down, just talk to your friends with a communal kitchen where you can get a hot drink — simple like that — it would be extremely beneficial for our community."

The Invercargill City Council will discuss a report about its funding for the project tomorrow.

During its long-term plan process, council allocated an $100,000 grant but the conditions of the funding still had to be sorted.

The council's strategy and policy manager, Rhiannon Suter prepared a report suggesting the grant be used for the refurbishment of the building and the amount would be available when the trust secured 75% of all other capital funding required to deliver the complete project.