By Marjorie Cook
0 Comments
Jason Rhodes has long held a dream to help build a local film industry in Wanaka.

Now the National Transport and Toy Museum curator is quietly getting excited about the possibility it might really happen — though because of Covid-19 and the tourism downturn, he feels he is sitting on his hands.

The Silverlight Studios Ltd team of Mike Wallis, Ra Vincent and Jonathan Harding has proposed a $280million film studio on nearby Corbridge Estates and it is now going through a fast-track resource consent procedure under the Government’s Covid-19 economic recovery legislation.

A decision is not out, but Mr Rhodes said he was a supporter and had his fingers crossed consent would be granted.

The museum had long been on filmmakers’ radars as a one-stop prop shop.

Various bits and pieces — some big, some small — had found their way into various movies: Pete’s Dragon, Bride Flight, A Wrinkle in Time.

"It opens everything up on the local front.

"There will be more catering, there will be literally more of everything — tradies, everyone will feed off this industry, even people at the bookstore.

"I’ve sort of been waiting for this for a long time. It works for us because we are close. It will be more feasible for them and it will allow us to hire more people." he said. 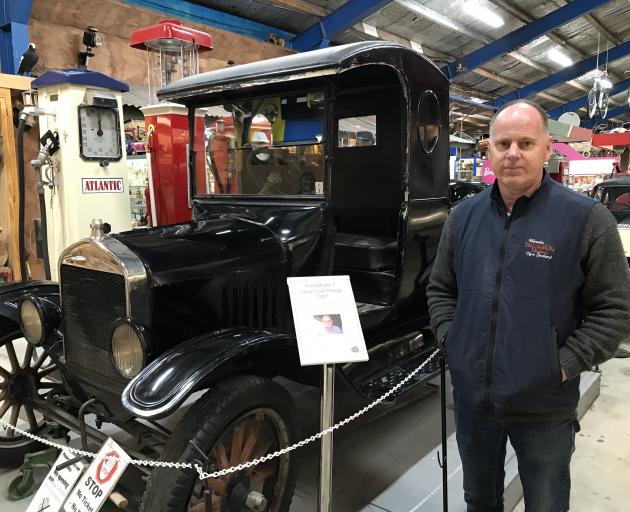 National Transport and Toy Museum curator Jason Rhodes, of Wanaka, is keen for the film industry to come to Wanaka. PHOTOS: MARJORIE COOK
Mr Rhodes and his sister Debbie administered a sprawling complex of large hangars and sheds housing more than 60,000 items (they counted collections such as a 24-piece dinner set as one item).

Thanks to ongoing legacies, gifts and purchases, the museum now contained at least 16 aircraft, more than 600 classic vehicles and the largest public display of toys in New Zealand.

The tourism attraction was founded in 1994 by their late father Gerald Rhodes, of Christchurch.

The Rhodeses said that despite the tourism downturn, there was no danger they would close and move away.

"The Covid thing has thrown a curveball. It is mind-bending," Mr Rhodes said.

"The last two years has been a worry. What is the long-term outcome? Not just locally, but globally? We’ve got planes sitting in places we can’t get to."

"We can’t get to these places, we can’t finish the deals on them and everything is on hold," Mr Rhodes said.

There were other frustrations.

For example, a wait for cabinetry materials for the museum’s long-awaited expanded Lego display.

Mr Rhodes had plans for a Lego display built by a Lego master, as soon as he could get out of Auckland. 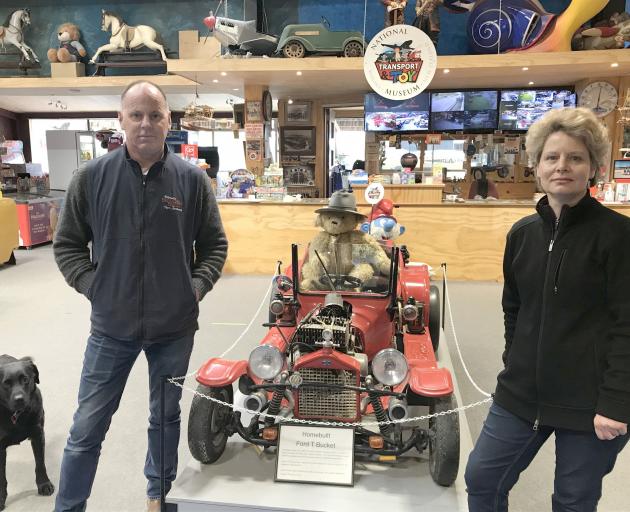 Debbie and Jason Rhodes, of the National Transport and Toy Museum, in Wanaka.
A seemingly straightforward car restoration had been put to bed because a US supplier found it too hard to send car parts to New Zealand.

And Mr Rhodes had struggled to find enough New Zealanders with the skills to make bespoke bits and pieces.

The pandemic had also killed off a good chunk of school holiday traffic in Wanaka this month.

The museum had had perhaps half the usual daily school holiday visitor numbers it would have got before 2020.

"We always say after Labour Weekend it gets reasonably soft.

"That’s the part we have to endure now, the next nine weeks. One would hope we get a Christmas."

Mr Rhodes said he was optimistic about the Silverlight development.

"It’s been a fight I have been fighting for over 15 years.

"Everyone said it would never work but the reality is, we are smack bang in the middle of a national park and open spaces, the things they want for filming.

"If we can get a little infrastructure here for filming, the industry would grow so much better and with consistency ... without having to start from scratch every time," he said.

In 2009, Mr Rhodes began digging a massive hole on his property for an ambitious five-level construction called "Studio South".

By 2014, he had held confidential talks about it with people in the film industry.

Various district development and landscaping projects benefited from the hundreds of thousands of cubic metres of earth, but finding a studio funding partner proved difficult.

"The building foundation work is nearing completion," he said.

"It will still be for a multi-use building, even with Silverlight."

If Silverlight went ahead, Mr Rhodes predicted the museum’s collection would grow.

Every detail seen in a film, from handbags to wall hangings, had to come from somewhere, but there were many things the film industry used that the museum did not have, he said.