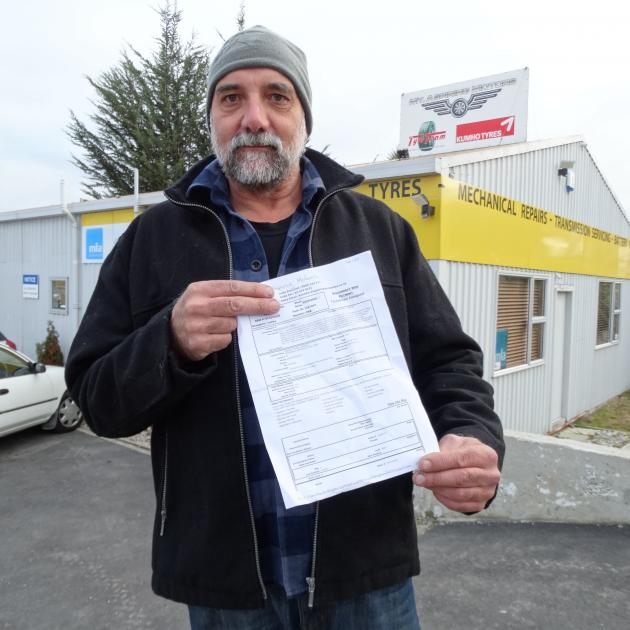 Jason Buckley with his electricity disconnection notice. PHOTO: MARK PRICE
A Wanaka businessman lacking income during the Covid-19 lockdown has criticised Contact Energy for attempting to cut off his electricity.

Contact declined to discuss Mr Buckley’s case, but outlined its procedures for collecting payment during the lockdown.

Mr Buckley said a Contact contractor arrived at his business in Anderson Rd on Wednesday.

After discussion, the contractor left without disconnecting the electricity, and Mr Buckley paid the $484, plus $110 for the contractor’s visit.

Mr Buckley said he had no income during April, a third of his normal income during May and was struggling to keep his five staff employed.

He recalled a phone conversation in May with Contact, when he said he would pay the bill "as soon as we can".

A written reminder and another invoice followed, giving him the impression he still had time to pay.

"And, then they turned up to disconnect the power."

Mr Buckley said the situation had caused "a huge amount of stress" and it was "the lowest blow dealt to us in business in all time".

"We are fighting to keep our business team employed and giving up everything for our business, staff and their families, customers and suppliers.

"To have a corporate like Contact Energy attempt to sacrifice all that and try to strip the ability of the business to operate over $484 was beyond what I could even comprehend.

"We are shattered; already on our knees and being attacked."

Mr Buckley said he was still in business only because of the Government’s employee subsidy.

A Contact spokeswoman said yesterday disconnection was "very much a last resort".

"We have multiple processes we follow where we seek to go above and beyond industry standard guidelines in order to get in touch with a customer before a contractor is sent to a property to complete a disconnection."

"Our communications are very transparent around the risk of disconnection ... and the steps our customer needs to take to ensure they remain connected."

Disconnections were stopped during the Level 4 lockdown but had resumed during Level 2.

The current policy was to waive late payment penalties where customers advised the company of "payment challenges".

Asked if he would stay with Contact, Mr Buckley said: "What do you think?" 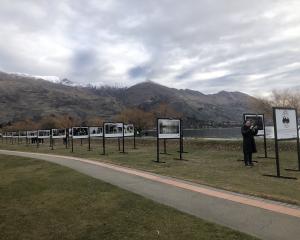