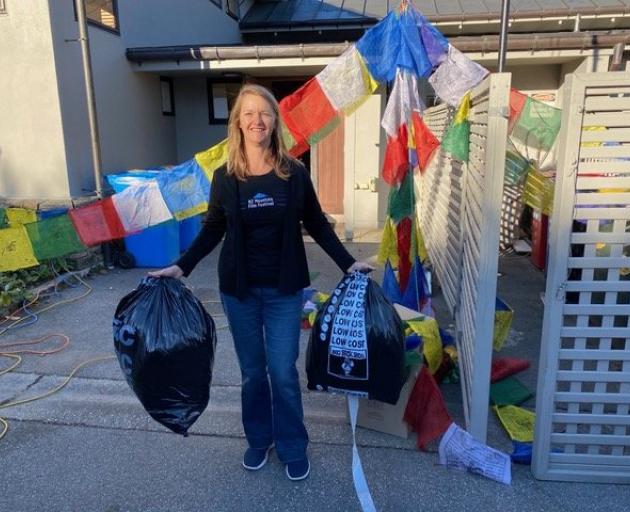 Audience numbers were a big improvement on the Covid-affected festival in 2020, delighting directors Mark and Jo Sedon.

The festival will broadcast online until July 25 and will tour nationally.

‘‘As always the event was a reunion of sorts. The seasoned adventurers get to meet and talk about old times and a cohort of young film-maker and explorers come together to plan their next mission.

Sidey was awarded the 2021 People’s Choice award for Whales in a Changing Ocean, about humpback whale behaviour in the ocean near Antarctica.

Sidey also won the Best Short Film award for Spellbound, a movie about Wingsuit base jumping.

Another of his films, In the Theatre of the Gogs, was awarded the Hiddleston/McQueen Best NZ Film Award.

Mr Sedon said the event focused on having low impact on the environment.

This year trees were offered to buy and customers bought 191, to be planted by Te Kakano Trust. Waste was limited to a little compost, one bag of rubbish in Wanaka and half a bag at the Queenstown event.

Online applications are open until August 30.