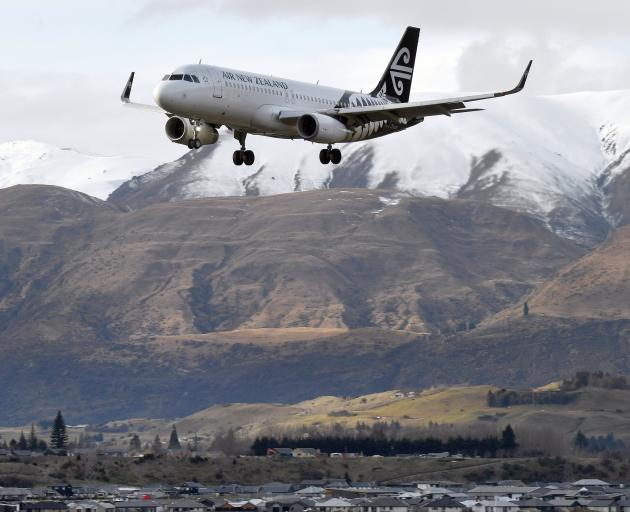 Council chief executive Mike Theelan will recommend the council receive a "modified" statement of intent (SOI), setting the agenda for its Queenstown Airport Corporation (QAC) for the next three years.

The original SOI, put to the council's June meeting, was criticised by some councillors and members of the public opposed to expansion of Queenstown and Wanaka Airports.

After debate, the council did receive the SOI but on the understanding there would be further discussion between the QLDC and the QAC to ensure the SOI "better reflect[s]" council and community concerns.

Six councillors voted in favour of receiving the SOI on that basis, while five voted against.

One of those against, Wanaka Community Board chairman Quentin Smith, said yesterday the modifications made since June did not go far enough.

"Obviously, I haven't had a full review of it yet and I'll wait and see what happens at the council meeting.

"But I would suggest it's unlikely to satisfy the concerns of myself and others."

Mr Smith said the undertaking to conduct economic and social impact assessment and a sustainability review went "some way" towards addressing concerns.

"In terms of the SOI itself, I think it's unlikely to satisfy the concerns that I have."

Mr Smith said he did not think the council's objectives for the QAC were "well defined".

"Council has a responsibility to do that better," he said.

He was also concerned the impact assessments would be the responsibility of the council and paid for by the council rather than the QAC.

Mr Smith noted the next council, after October's local body elections, would have the ability, as soon as April next year, to make changes to the SOI.

"The SOI is never set in concrete."

The QAC announced yesterday that it has been granted requiring authority status for Wanaka Airport, giving it strong legislative powers to operate and develop the airport.

QAC general manager property and planning Rachel Tregidga said the approval, by the Ministry for the Environment, "was routine for infrastructure providers, including airport operators".

"It enables them to operate efficiently and utilise the existing designation provisions of the Resource Management Act."

The approval recognised the QAC as being responsible for the operation, maintenance and development of Wanaka Airport.

The QLDC, which is the majority owner of the QAC, was the previous requiring authority.

The approval takes effect on September 5.

In 2013, the QLDC used its authority to designate noise boundaries on land around Wanaka Airport to accommodate "the possible introduction of scheduled flights using jet aircraft such as the Boeing 737-300 ... from about 2020 onwards".

The public was consulted and a hearing panel considered submissions.

In June, the group wrote to Environment Minister David Parker "outlining its concerns about the authority being transferred to QAC".

The group opposes the development of Wanaka Airport for jet aircraft.