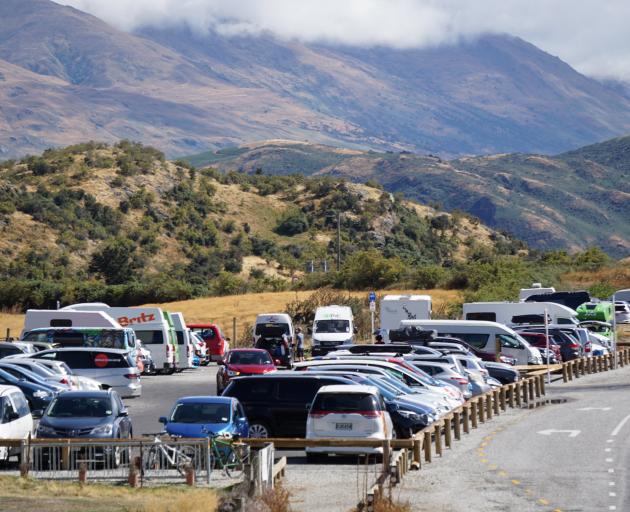 The Roys Peak track carpark earlier this year. Photo: Sean Nugent
Hikers arriving by private transport at Wanaka’s popular Roys Peak track may soon have to pay a hefty fee to leave their vehicles in the car park.

The 100-space car park at the foot of the one-day, 16km return track was doubled in size two years ago but no longer meets the demand.

The popularity of the Roys Peak track, 6km north of Wanaka, increased dramatically when the panoramic view from the summit was promoted on social media.

It now has the reputation of being "the most instagrammed spot" in New Zealand.

Since the track reopened this month after being closed for lambing, the car park was often at capacity by 9am.

Cars and campervans arriving after that had no alternative but to park illegally along Mt Aspiring Rd.

Conservation Minister Eugenie Sage was in Wanaka on Saturday and said she had been made aware by locals that parking at the Roys Peak track had become "an issue".

"I know the Department of Conservation has expanded the car park but you just can’t keep expanding car parks." 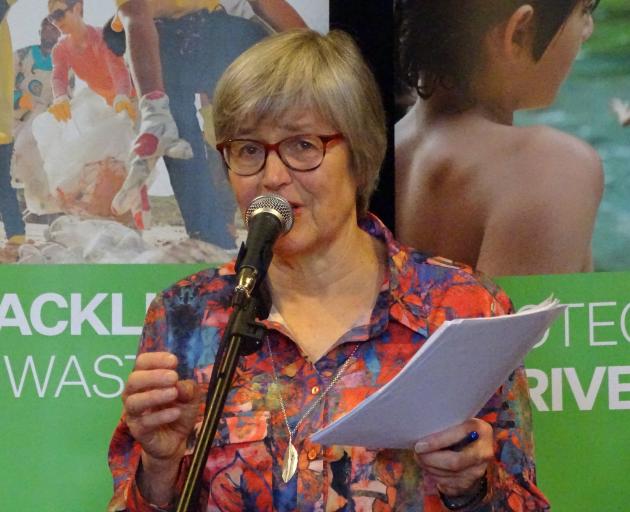 Eugenie Sage speaking in Wanaka yesterday. Photo: Kerrie Waterworth
Ms Sage said charging for car parking and at the same time introducing cheaper shuttle transport was being looked at by the department in other areas of the country and could be introduced in Wanaka.

"There does need to be some change [at Roys Peak] and I will be taking that message back to the department."

Ms Sage was also in Wanaka for meetings with Green Party supporters and environmentalists to receive feedback on the success of past Green Party initiatives and priorities for the next 12 months.

Issues raised by those attending the meeting for the Green Party to address included climate change, the inadequate building code, the large amount of building waste going into landfills in Wanaka, the need for more recycling infrastructure and freedom camping.

She said some "good changes" had resulted from the Responsible Camping working group and co-operation between Doc and the Queenstown Lakes District Council, but there needed to be more.

She said if the council wanted the freedom camping laws changed "then they need to make those representations back to the Minister for Tourism Kelvin Davis and I am sure that will happen."

She said the department was developing the investment plan for the second round of funding coming from the international visitor levy and "quite a chunk of it would go into freshwater biodiversity."

More water quality staff and more Doc rangers would be appointed to work with community groups around the Resource Management Act and there would be more investment in the science of water management.

"I know there is no-one here in Wanaka with that specific responsibility and that is something the increase in funding from the visitor levy can be used for," she said.

Responsible Campers Association first recommended a charge be made when this problem was raised in media last week. Again we provide solutions that target the problem - not banning the solution as others have done. Nice the Govt is using our recommendations because they certainly are not all coming from the working group set up by Minister Davis.

No alternative but to break the law i.e. park illegally, eh? It's 6km from Wanaka. Is it really that hard for these "adventurers" to get there without using a car?