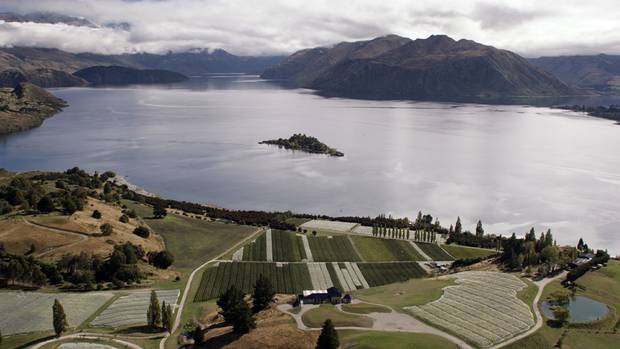 Rippon vineyard on the shores of Lake Wanaka. Photo: NZ Herald/File
A list of the world's 50 best vineyards for wine tourism has named a Central Otago and Hawke's Bay estate as being among the best.

And those two Kiwi vineyards rank in the top 20 in the world in the list out today.

Bodega Garzón in Uruguay was second for a consecutive year and Domäne Wachau in Austria jumped 16 places to claim third spot this year.

But Central Otago's Rippon, on the Wanaka-Mt Aspiring Rd, placed 13th and was also named the best vineyard in Australasia.

The Hawke's Bay's Craggy Range was 17th best on the list.

Last year, the biodynamic Rippon was in eighth place and Craggy Range was 11th.

"What makes Rippon one of the most desirable estates in the world to visit? The wines, the views and the people – in equal measure. Lake Wanaka, an ancient moraine lake, shimmering under the crystal light of a sunny Central Otago day must count as one of the most Instagrammable images on the planet. That Rippon maintains 15ha of vines in this immaculate landscape is wonder enough, but the quality and sense of place of its wholly estate-grown wines gives this little corner of heaven an extra special appeal," the citation said. 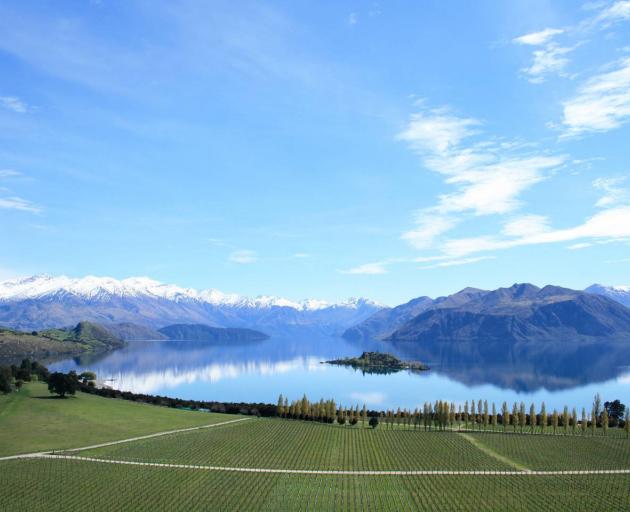 The Central Otago vineyard on the lake's shores. Photo: Briar Hardy-Hesson
Burgundy-trained fourth-generation Mills and his team were praised along with the organic and biodynamic methods and intensive handwork on display.

"Rippon's cellar door is open for small group tastings by uncharged appointment throughout the year. Expect to enjoy an informal yet informed tasting of some of the best wines of Central Otago as you're guided through a selection of five or six Rippon wines by a switched-on member of the Rippon team, who will talk you through the farm, the family's history and, if you're game, the arcane world of biodynamics," the list said.

On the 17th-ranked Craggy Range, the list said it was in a "stunning location in the shadow of Te Mata Peak, luxury boutique accommodation; award-winning restaurant". It cited winemaker: Julian Grounds and said wines were "everything from aromatic whites to Bordeaux blends, and terroir syrahs and chardonnays.

"Over the past 20 years, Terry and Mary Peabody have expended every possible effort to make Craggy Range an exceptional visitor experience. Whether it's the cellar door, inspired by some of the Napa Valley's leading wineries, the award-winning restaurant with 360-degree views of the local landscape, or Craggy Range's exceptional boutique accommodation, expect nothing but the best in this beautiful little corner of Hawke's Bay," the list said of that operation established in 1998.

"When it came to establishing their vineyards, from the off Terry and Mary pursued an innovative multi-regional approach, focusing on the Gimblett Gravels in Hawke's Bay, ideally suited to high-quality reds including syrah, merlot and cabernet sauvignon and Te Muna Rd in Martinborough - better for pinot noir and sauvignon blanc - to produce a range of wines that speak eloquently of their place," the list said. 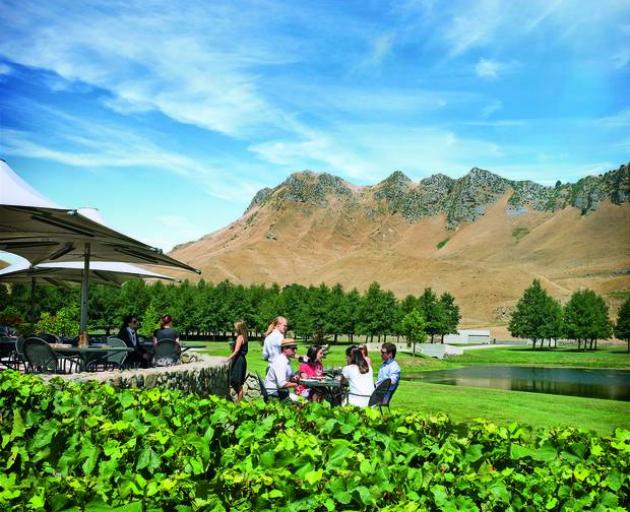 Hawke's Bay Craggy Range vineyard featured in the list of the world's top 50. Photo: NZ Herald/File
On a typical cellar visit, former New Zealand sommelier of the year Michael Bancks greets guests at the door and begins the tour in the main cellar building, Sophia, where you learn the history of Craggy Range. Then it's on to the subterranean barrel hall, The Quarry, where you will taste from the estate's unreleased prestige collection wines still in barrel.

"From there, the tour moves on to the restaurant garden in the shadow of Te Mata peak. At the award-winning Craggy Range Restaurant, head chef Casey McDonald has devised a menu inspired by the elements and produce abundant in Hawke's Bay. Finally, it's on to the sun terrace to enjoy a guided tasting of Craggy Range's diverse multi-region range, with a variety of flight options available to suit each guest's tastes," the citation said.

The world's best vineyards list is based on nominations from a voting academy made up of more than 500 wine experts, sommeliers and travel correspondents from around the world. It aims to raise the profile of wine tourism and encourage travellers to enjoy wine-related experiences globally.